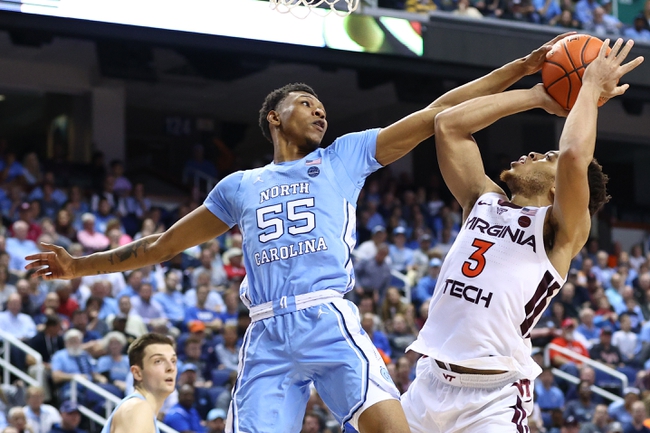 Cole Anthony has paced the Tar Heels this season, averaging 19.6 points, 5.7 rebounds, and 4.1 assists per game.  Garrison Brooks is totaling 16.7 points and 8.8 rebounds per contest. North Carolina is averaging 72.6 points, while connecting on 42.2 percent from the floor on the season.

In the Orange loss to Miami (FL), Syracuse was guided throughout the game by Marek Dolezaj. Dolezaj collected 17 points, 7 rebounds, and 2 assists.  Syracuse converted on 37 percent from the floor and 20 percent from deep. The Orange were out scored from distance, 30 to 15. Syracuse struggled from the charity stripe, connecting on just 63 percent out of 19 attempts.  The Orange were out rebounded 43 to 41, but did pull down 17 offensive rebounds.

The Orange have been led this season by Elijah Hughes.  Hughes is averaging 18.8 points, 4.9 rebounds, and 3.5 assists per game.  Buddy Boeheim is totaling 15.3 points and 2.1 assists per contest. Syracuse is registering 74.1 points, while shooting 43.5 percent from the floor.

North Carolina is 5-2 ATS in their last 7 games.

Both teams have seen solid play towards the end of the regular season.  North Carolin has won 4 of their last 5, while Syracuse has won 3  of their last 5.  One of those wins was a 92-79 win over Syracuse for the Tar Heels.  The Tar Heels battled injuries for most of the regular season, but was able to have Cole Anthony in the last month of the season.  Syracuse has the better record, but I'm going to side with North Carolina.  Final score prediction, North Carolina will win and cover against the spread, 75-71.