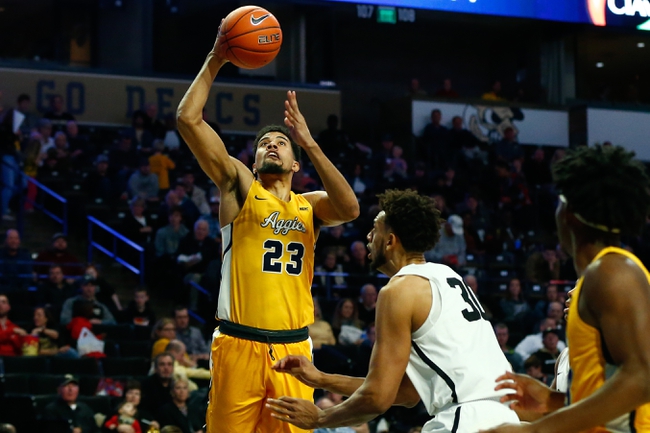 The Howard Bison face off against the North Carolina A&T Aggies in the MEAC Quarterfinals.  The Bison are (4-28), coming off a 70-63 win over South Carolina State.  The Aggies are (16-15), after falling to North Carolina Central, 86-80.

Williams is pacing the Bison this year, averaging over 18 points, 4.4 rebounds, and 1.2 assists per game.  Wayne Bristol Jr. is collecting 12.5 points and 4.3 rebounds per contest.  Howard is recording 69.6 points, while converting on 34.5 percent from 3-point range for the season.

The Aggies were led this season by Ronald Jackson.  Jackson is averaging 14.7 points and 10.3 rebounds per contest.  Langley is contributing 9.7 points, 5.2 rebounds, and 7.7 assists per game.  North Carolina A&T is registering 71.8 points, while converting on less than 29.7 percent for the season.

North Carolina A&T Trends are not available yet. Please check back.

Howard has won 6 of the last 10 matchups against North Carolina A&T.  When looking at these two teams road/neutral records this year, they aren't very great.  On the year the Bison are 11-19 ATS, while the Aggies are 17-12-1 ATS.  Howard has lost 16 games this season by more than 10 points.  The Bison are allowing over 81 points on defense.  Even though Howard has won 2 of their last 3, I'm siding with North Carolina A&T in this one.  The Aggies finished 2nd place in the MEAC, while Howard was lucky to get out of the 1st round.  Final score prediction, North Carolina A&T will win and cover against the spread, 79-66.