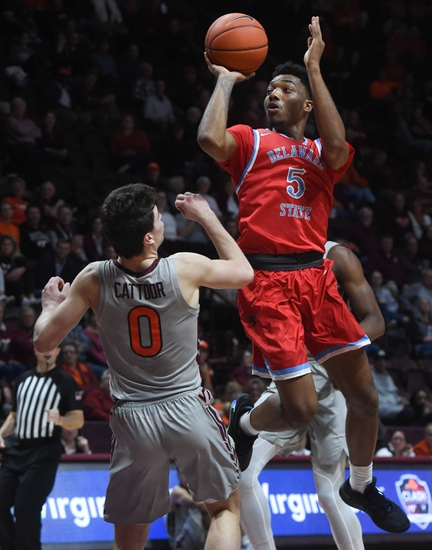 The Delaware State Hornets will matchup with the North Carolina Central Eagles in the MEAC Quarterfinals.  The Hornets are (6-25), coming off a 68-64 win over MD-East Shore.  The Eagles are (17-13), after getting past North Carolina A&T, 86-80.

Crosby has led the way for the Hornets, recording 19.4 points and 5.3 rebounds on the season.  Johquin Wiley is averaging 10.2 points, 3.7 rebounds, and 3.3 assists per contest.  Delaware State is totaling 73.6 points, while shooting 41.5 percent from the floor for the season.

Blount is averaging 19.2 points, 9.2 rebounds, and 1.6 assists per contest for the Eagles.  C.J. Keyser is collecting 11 points and 1.4 assists per contest.  North Carolina Central is registering 69 points, while connecting on 45.9 percent from the floor for the year.

Delaware State is 7-1 ATS in their last 8 games.

North Carolina Central is 9-1 SU in their last 10 games.

North Carolina Central is 15-12 ATS on the year.