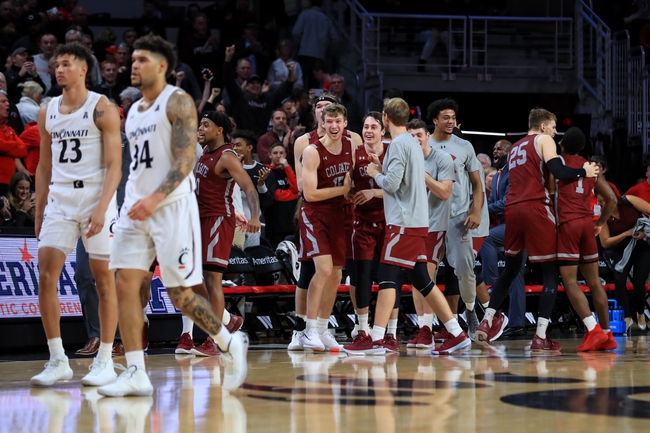 The Patriot League Championship pairs the Boston University Terriers and the Colgate Raiders together for a clash.  The Terriers are (20-13), coming off a narrow 64-61 win over Bucknell. The Raiders are (25-8), after routing Lafayette, 89-64.

In the Terriers win over Bucknell, Boston was guided throughout the game by Max Mahoney.  Mahoney secured a double-double, totaling 17 points, 10 rebounds, and 5 assists. TheTerriers connected on 48 percent from the floor, while knocking down 33 percent from distance.  The Terriers attempted 5 more shots from the floor than Buckenell, due to dominating the offensive boards. Boston recorded 11 offensive rebounds, which led to a rebounding advantage of 38 to 23.  Boston led 35-22 at the half.

Mahoney is collecting 15.4 points, 8.2 rebounds, and 2.5 assists per game for Boston.  Walter Whyte is averaging 13 points and 7.4 rebounds per contest. The Terriers are recording 71.1 points, while converting on 46 percent from the floor on the season.

In the Terriers win over Lafayette, Colgate was led on offense by Will Rayman.  Rayman registered a double-double, finishing with 16 points and 11 rebounds. Colgate converted on 49 percent from the floor, while shooting 36 percent from 3-point range.  The Terriers out rebounded Lafayette, 48 to 30. Colgate played solid defense in the win, allowing Lafayette to connect at a 36 percent clip from the floor. The two teams combined for just 13 turnovers in the game.

Jordan Burns is averaging 15.7 points, 4.5 assists, and 1.7 steals on the year for the Raiders.  Rapolas Ivanauskas is registering 13.1 points and 7.5 rebounds per game. Colgate is totaling 76.6 points, while connecting on more than 36 percent from 3-point distance on the year.

The Raiders have one of the best scoring offenses in the country, ranking in the top 40. Colgate is the 47th best 3-point shooting team in the country, connecting on over 36 percent.  Boston doesn’t have a great 3-point defense, ranking 185th in 3-point defense. The Terriers are allowing just over 68 points per contest, while Boston is averaging over 71 points per game.  Colgate swept the season series by winning both games by at least 9 points. The Raiders should find some open space around the perimeter. Final score prediction, Colgate will win and cover against the spread, 74-67. 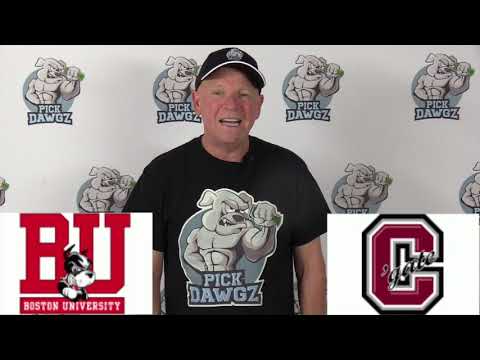