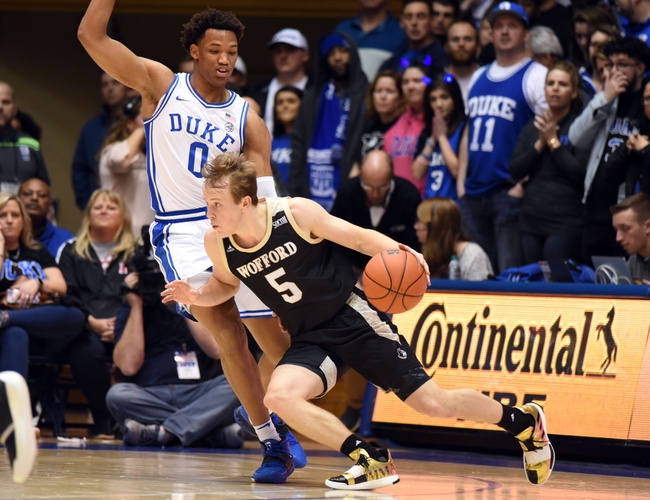 Wofford defeated #2 seed Furman and Chattanooga to make it to this championship game. Wofford, the unlikely #7 seed, is trying to win this southern conference for the second straight season. East Tennessee State, the #1 seed and overwhelming favorite to win the conference heading into this tournament defeated VMI and Western Carolina to make it to the championship. This would be a major upset victory if Wofford is able to pull it off, as there have not been any teams seeded as high as #7 to win their conference tournament so far this season.

*** Stats for both teams are from before games played on March 8th.

The line has not been released yet, therefore I will give my final score prediction and update this article tomorrow morning. Wofford knows what it takes to win in big games like this one. Although this may not be the same Wofford team as last year, they still have it in them to be competitive no matter what. I think this will be a close game for a good while, but I have to think East Tennessee State will prevail in the end. East Tennessee State wins 76-68.

UPDATE: With the line being out now, I have to side with the over. It will be close, and it all depends on a high-scoring first half, as the second half should be more defensive.