The Coastal Carolina Chanticleers (16-16, 8-12 CONF) and the Appalachian State Mountaineers (17-14, 11-9 CONF) will meet on Monday, March 9th for the 2nd Round of the Sun Belt Conference Tournament at the Holmes Convocation Center in Boone, NC. The game will be played at 7:00 PM ET.

Coastal Carolina defeated UT Arlington in the first round of the conference tournament, 63-62 in a nail-biter. Coastal Carolina could be one of the sleepers of this tournament, as their offense can be really special at times. Appalachian State defeated ULM in their last regular-season game of the season, 61-57. Appalachian State will be the host of this game as they are the higher seed.

Let it be known that Coastal Carolina just beat Appalachian State on the road by seven points. Coastal Carolina has also got a victory under their belts in this tournament, therefore they will be motivated as ever after a big win. I like Coastal Carolina and the points in this spot. As I have said before, defense wins championships, offense catches covers. 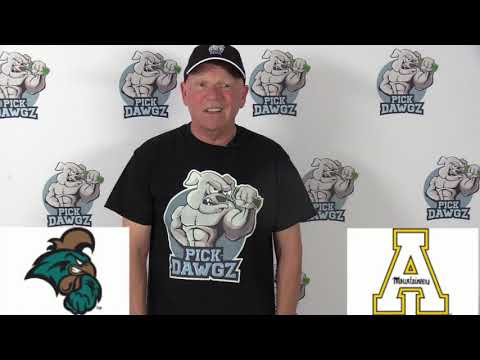