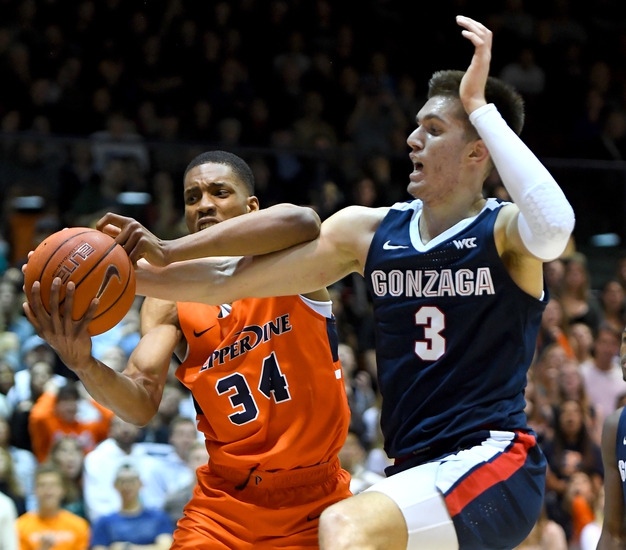 Pepperdine has lost 3 of its last 5 games, but the Waves won their last game against Santa Clara 84-73 as a 3-point favorite in the WCC 1st Round. Pepperdine is ranked 141st by KenPom, with the 85th ranked offense and 233rd ranked defense in the country. Pepperdine is led by Junior guard Colbey Ross, who averages 19.8 points, 4.5 rebounds and 7.2 assists per game, and Senior forward Kameron Edwards, who averages 16.8 points and 7.6 rebounds per game.

Saint Mary’s has won 4 of its last 5 games, but the Gaels lost their last game to rival Gonzaga 76-86 as a 13 ½-point road underdog. Saint Mary’s is ranked 34th by KenPom, with the 9th ranked offense and 111th ranked defense in the country. Saint Mary’s is led by Senior guard Jordan Ford, who averages 21.2 points, 3 rebounds and 2.4 assists per game, and Junior forward Malik Fitts, who averages 16.9 points and 7.1 rebounds per game.

Saint Mary’s is the better team and should win this game, but the Waves have been competitive against the Gaels historically. With their season on the line I think the Waves can cover this spread and perhaps even steal this game outright. Give me Pepperdine and the points.