The North Dakota Fighting Hawks (13-17, CONF 7-9) and South Dakota Coyotes (20-11, CONF 10-6) face in the Summit League first round at the Denny Sanford Premier Tournament. South Dakota beat North Dakota both time this season, and they were able to cover both of the spreads.

North Dakota hopes to pull a big upset in this game, but it’s going to take quite the game to get it done. Coming into this game North Dakota has lost three of the last four games, and the last loss was by ten points against this Coyotes team.

The Fighting Hawks are led by Marlon Stewart who is averaging 18.9 points per game while shooting 44 percent from the field.

South Dakota is having a nice season but they come into this game having lost three of the last four games.

South Dakota is averaging 79.2 points per game over the last five, but the defense is giving 79 and the defense has to be a concern.

South Dakota is led by forward Tyler Hagedorn who is averaging 18.1 points while shooting 54.3 percent from the field. Even with all the success for Hagedorn he hasn’t scored more than 14 points in any of the last four games.

These are two teams who can score and don’t play a whole lot of defense/ Look for South Dakota to push the pace and North Dakota will also score enough to push this game overall. 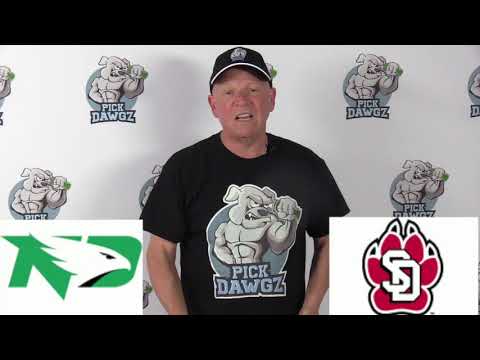