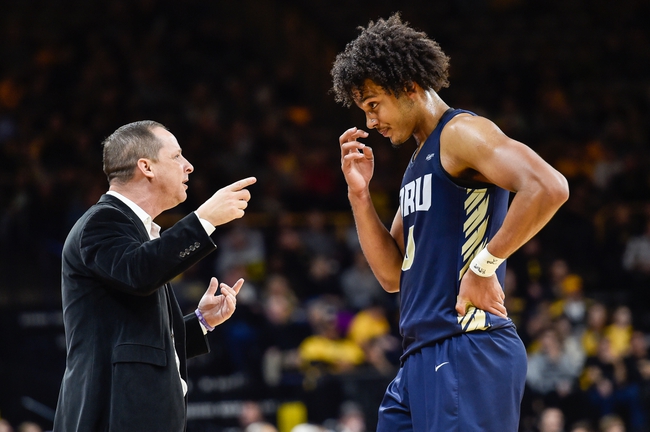 Nebraska Omaha comes into this game having won four of the last five games with the loss coming in their last game against North Dakota State, a game where they gave up 87 points.

Omaha put up 41 points in the first half against NDSU, but in the second half they could only manage 26 and they need to play a complete game in this one. Omaha was led by KJ Robinson who put up 18 points, three rebounds, and two assists.

Over the last five games the Mavericks are averaging 78 points while the defense is giving up 75.4 points per game.

Oral Roberts also comes into this game hot having won four of their last five games, with the one loss coming against Denver in overtime.

As much success as Oral Roberts has had winning games they have only covered two spreads during the last ten games. Oral Roberts is averaging 80 points per game while the defense is giving up 76.8 points.

The Golden Eagles are led on offense by forward Emmanuel Nzekwesi who is averaging 17.1 points per game. In three of the last four games, Nzekwesi has put up at least 19 points, and in that overtime loss against Denver he put up 29.

Oral Roberts has struggled as the favorite and it’s going to be the case again in this game. Nebraska Omaha’s defense has been a little better as of late, and they will step up just enough to cover the spread. Nebraska Omaha also knows they need to slow down the pace a bit which makes the under a good play too.