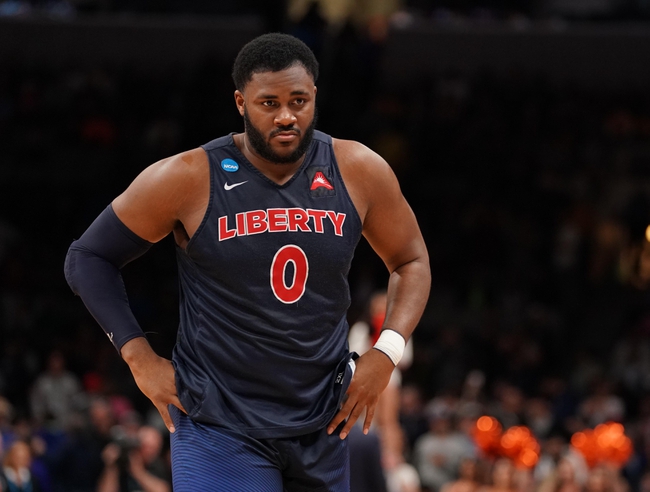 The Lipscomb Bisons (16-15, CONF 11-7) and Liberty Flames (29-4, CONF 15-3) face off in the Atlantic Sun Championship at the Vines Center. Lipscomb and Liberty faced off twice this season, and the home team won each of the games and this is being played at the home court of the Flames.

Lipscomb only sit one game above .500 but coming into this game they are hot having won eight of the last nine games. During that nine game stretch Lipscomb has also covered seven of the spreads.

Away from home this season Lipscomb’s defense has been an issue at times giving up 72.5 points per game. Lipscomb knows their defense has let them down a lot but they really can’t change it much, but the offense is going to need to be strong.

In the Bisons last victory over North Florida, Andrew Flemming put up 26 points and Ahsan Asadullah put up 27 points and 19 rebounds.

Liberty has only four defeats on the season and they come into this game having won nine of the last ten games. During the last three games Liberty has won two of the games, but they have failed to cover each of the spread. Liberty’s offense is good, but their defense has really been the bread and butter.

Liberty is led by guard Caleb Homesley who is averaging 15.3 points while shooting 47.1 percent from the field. In Liberty’s last game Homesley had a big game putting up 26 points in 39 minutes.

The under is 23-9 in Liberty’s last 32 home games. Liberty is 4-10 against the spread in their last 14 games against the Atlantic Sun.

There is no doubt Liberty is the better team in this matchup, but this a boatload of points to lay, especially in a championship game. Even against a good defense, Lipscomb should find enough offense to keep this game close. Back Lipscomb to cover the spread.