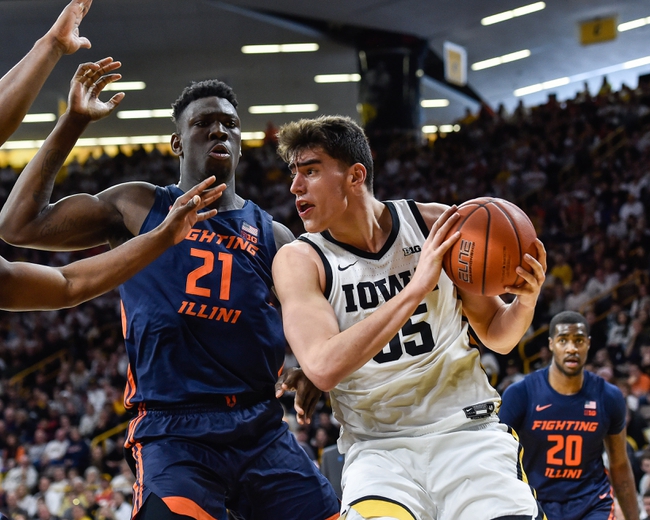 The Iowa Hawkeyes (20-10 CONF 11-8) and Illinois Fighting Illini (20-10, CONF 12-7) face off in a Big Ten showdown on Sunday at the State Farm Center. Iowa has won the last four games played between the two teams, including a win earlier this season 72-65.

Iowa has had a nice season this year, but they are coming off a really bad loss in their last game. Against the Purdue Boilermakers, Iowa’s offense could only put up 68 points, and the defense gave up 77 points and that led to a loss.

On the road this season Iowa’s defense has been a really big issue giving up 77.1 points per game while letting opponents shoot 46.1 percent from the field.

The star of Iowa is center Luka Garza who is averaging 23.7 points per game while shooting 54 percent from the field. Garza has scored at least 25 points in each of the last two games.

Illinois is also coming off a loss in their last game, but the previous four games they came away with the win. At home this season Illinois is averaging 74.2 points per game while their defense is giving up 62.1 points.

Illinois is led by guard Ayo Dosunmu who is averaging 16.6 points while shooting 48.6 points per game.In two of the last three games, Dosunmu has scored at least 21 points and they need a big game from him in this game.

In games where Dosunmu has struggled this year, Illinois has also usually had issues, so it’s going to be important he has a big game or they could be losing this game. The home team is 4-0 against the spread in the last four meetings between Illinois and  Iowa.

Iowa is not the same team on the road and their defensive struggles are going to let them down big time. Look or Illinois offense to have a lot of success and that will be enough for a win and cover the spread. 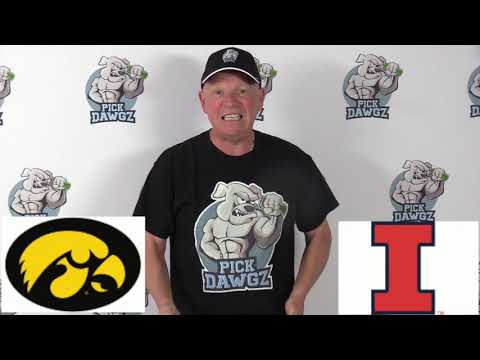