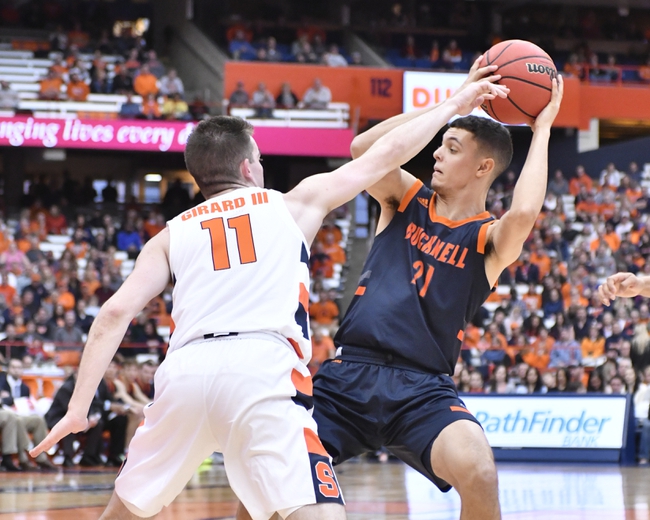 The Bucknell Bison (14-19, 10-10 Patriot) travel to Boston, MA to take on the Boston University Terriers (19-13, 13-6 Patriot) in a Patriot League Tournament Semifinal game at Agganis Arena. Boston University won both their match-ups with Bucknell this season.

Bucknell has won 5 of their last 7 games, and the Bison defeated American in their last game 64-59 as a 5-point road underdog. Bucknell is ranked 244th by KenPom, with the 286th ranked offense and 191st ranked defense in the country. Bucknell is led by Junior guard Jimmy Sotos, who averages 11.5 points, 3.6 rebounds and 3.9 assists per game, and Junior forward John Meeks, who averages 11.4 points and 5.4 rebounds per game.

Boston University blew Bucknell out in their first match-up, but the most recent game between these two was very tightly contested. I think Bucknell can win this game outright, so I’ll take the Bison and the points.