Butler has lost 3 of its last 5 games, and the Bulldogs won their last game 77-55 over St. John’s as a 9 ½-point home underdog. Butler is ranked 26th by KenPom, with the 26th ranked offense and 38th ranked defense in the country. Butler is led by Senior guard Kamar Baldwin, who averages 15.6 points, 4.6 rebounds and 3.3 assists per game, and Senior forward Sean McDermott, who averages 12 points and 6.3 rebounds per game.

Xavier has won 3 of its last 5 games, and the Musketeers lost their last game 74-80 to Providence as a 4-point road underdog. Xavier is ranked 43rd by KenPom, with the 115th ranked offense and 14th ranked defense in the nation. Xavier is led by Junior forward Naji Marshall, who averages 16.8 points, 6.3 rebounds and 3.8 assists, and Senior forward Tyrique Jones, who averages 13.7 points and 11.1 rebounds per game.

This game figures to be an all-out war between these Big East foes. Butler had the look of a program headed to a potential Sweet 16 a month ago, but since then has seemed out of sorts. Xavier has had an up-and-down season as well, but they have lost almost every time they’ve gone up against a Q1 team. Even at home, it’s tough to see Xavier winning this game, but I’m still going to roll with the Musketeers to close their season on a high note. 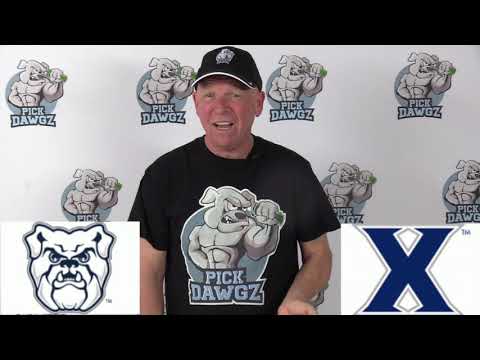