Arkasnas hasn’t p[ayed great during conference play, but they have to be very happy with the way they are playing as of late winning three of the last four games. In the last game against LSU, Arkansas put up 99 points and that was enough for a nine point victory. Arkansas was led by guard Mason Jones who played 38 minutes and put up 36 points, three assists, and two rebounds.

On the road this season the defense has been a real problem for Arkansas giving up 77.6 points per game. If the Razorbacks want any chance in this game, the defense needs to be be better and if it’s not, their tournament hopes could be dead.

Texas A&M hasn’t had the most wins this season, but they have fought hard, and this is a team that will be good in a year or two.

Over the last six games, the Aggies have four wins, including their most impressive win of the season in their last game. Texas A&M went on the road in their last game to Auburn and found a way to come away with a three point victory.

The Aggies haven’t been an elite offensive team averaging only 65.7 points per game, but against Auburn they were able to put up 78 points and that led to the victory.

The Aggies showed their offense in the last game and it’s going to play out again in this one. Look for an up and down game by both teams, and Arkansas defense will really struggle. Look for this game to go well over the total. 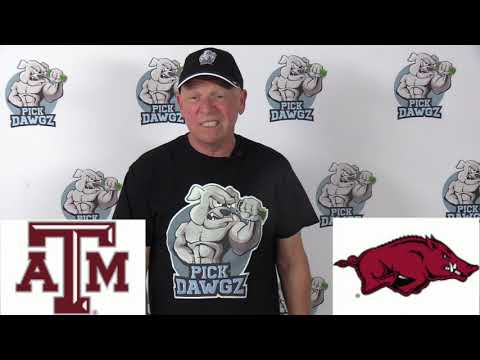