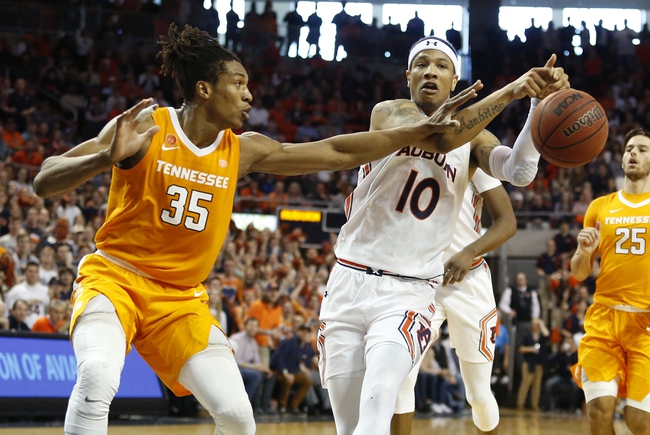 The Auburn Tigers (24-6, 11-6 SEC) travel to Knoxville, TN to take on the Tennessee Volunteers (17-13, 9-8 SEC) in a Southeastern Conference battle at Thompson Boling Arena. The last time these teams played, Auburn came back from down 17 in the second half to defeat Tennessee 73-66 as a 6-point home favorite.

Auburn has lost 4 of its last 6 games, and the Tigers lost their last game to Texas A&M 75-78 as a 12 ½-point home favorite. Auburn is ranked 42nd by KenPom, with the 43rd ranked offense and 63rd ranked defense in the country. Auburn is led by Senior guard Samir Doughty, who averages 16.2 points, 4 rebounds and 2.8 assists per game, and Senior center Austin Wiley, who averages 10.8 points and 9.3 rebounds per game.

Tennessee is 5-5 straight up and 4-6 against the spread in the last 10 match-ups with Auburn, and the over is 8-2 during that stretch. The over is 6-4 in the last 10 games for both Auburn and Tennessee.

Tennessee is coming off an emotional come-from-behind victory on the road against Kentucky and Auburn is coming off a shocking home loss to lowly Texas A&M. My rule is usually to take the team that was just disappointed over the team that was filmed dancing in the locker room after a game, and I know Bruce Pearl will have his team ready to play, but Thompson Boling Arena will be raucous and Tennessee has to win this game to keep any realistic hope alive of making the NCAA Tournament. I’ll take the Volunteers at home. 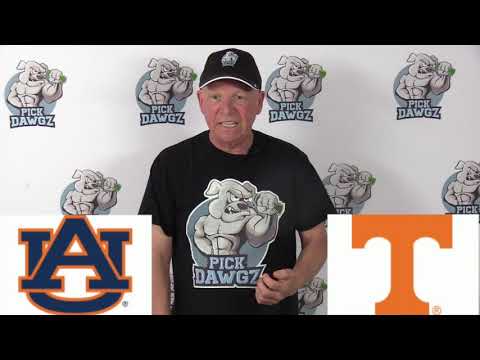