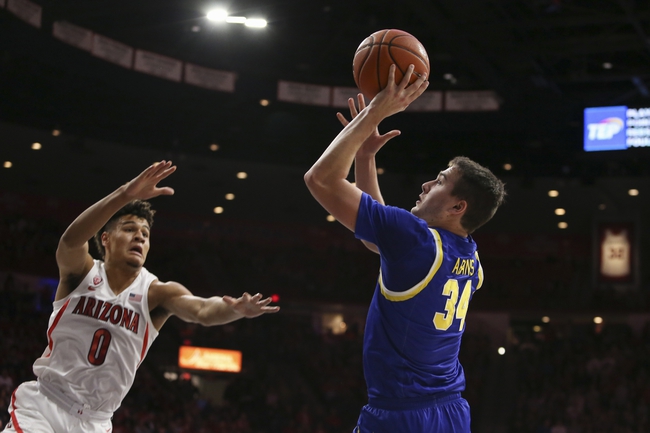 The Fort Wayne Mastodons (13-18, CONF 6-10) and South Dakota State Jackrabbits  (22-9, CONF 13-3) face off on Saturday in the Summit League tournament at the Denny Sanford Premier Center. SDST won both games over Fort Wayne this season, and they were also able to cover each one of the spreads.

Purdue Fort Wayne have had issues this season and coming into this game they have lost three of the last four games. During that four game stretch. The Mastodons have covered only one of the spreads.

South Dakota State had a chance to win the regular season title for the conference, but a lost against NDSU in the last game prevented that from happening.

The Jackrabbits are a team that likes to run up the score, and on the season they are averaging 78.2 points per game. The defense for South Dakota State at iimes has let them down, but it’s clear playing good defense has never been priority number one for this team.

SDST is led by Douglas Wilson who is averaging 18.6 points while shooting 62.8 percent from the field.

South Dakota State is the better team and they are going to have no issue running up the score in this game. Look for Fort Wayne to have problems keeping up and that will lead to a win and cover by the Jackrabbits.