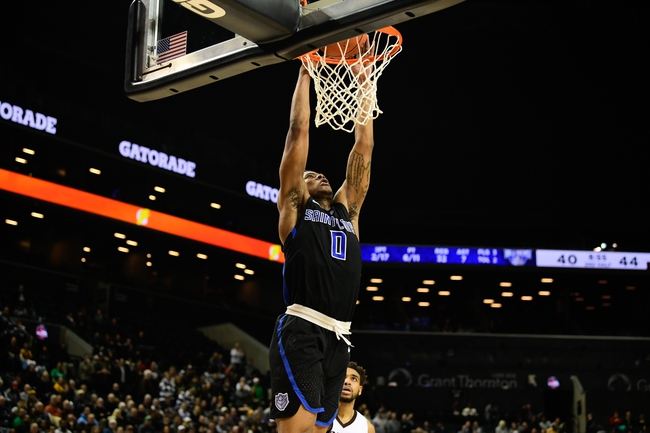 The St. Bonaventure Bonnies will travel to Chaifetz Arena to take on the Saint Louis Billikens this Saturday night in College Basketball action.

The St. Bonaventure Bonnies snapped their 2-game losing streak and improved to 19-11 (11-6 A-10) on the season after defeating the Saint Joseph’s Hawks, 89-73, this past Wednesday. St. Bonaventure was outstanding offensively agianst the Hawks and had no trouble securing the victory after going into halftime with a 42-27 lead. St. Bonaventure shot 55.7% from the field and 57.1% from beyond the arc in the victory. Leading the way for the Bonnies was Dominick Welch who had 20 points, 5 rebounds, and 2 assists.

Defensively, St. Bonaventure is allowing their opponents to average 66.7 ppg on 41.7% shooting from the field. The Bonnies have a rebound margin of 3.7 and a turnover margin of 0.5.

The Saint Louis Billikens won their 4th consecutive game and improved to 22-8 (11-6 A-10) on the season after defeating the George Mason Patriots, 69-57, this past Wednesday. Saint Louis was outstanding defensively in the 2nd half agianst the Patriots and had no trouble securing the victory after taking a 50-35 lead with 7:23 left in regulation. Saint Louis shot 51.0% from the field while holding George Mason to 38.5% shooting from the field and 30.0% from beyond the arc. Leading the way for the Patriots was Jordan Miller who had 13 points, 5 rebounds, 1 assist, and a steal.

Defensively, Saint Louis is holding their opponents to an average of 65.7 ppg on 40.5% shooting from the field. The Billikens have a rebound margin of 6.4 and a turnover margin of 0.8.

St. Bonaventure comes into this game ranked T-219th in scoring offense, 106th in scoring defense, and 100th in defensive FG%.

Saint Louis has been led by their defense this season which ranks 73rd in scoring defense, 53rd in defensive FG%, and 22nd in rebound margin.

St. Bonaventure has been solid as of late on the road, winning 3 of their last 4 games, however, I’m concerned that their offense is going to have trouble against a Saint Louis team that has been playing some of their best basketball of the season as of late. The Billikens have struggled lately against the Bonnies, however, as Saint Louis is 14-3 at home and is still in the hunt for a top-4 seed in the A-10 Tournament, I think the Billikens do enough in this one to cover this home spread. Good Luck! 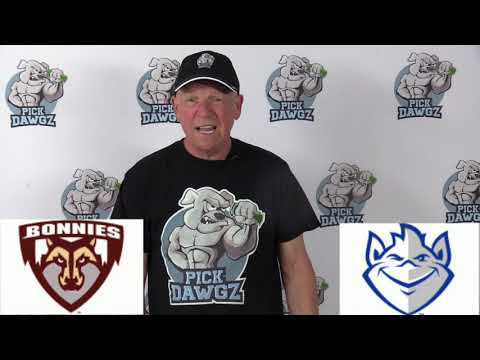