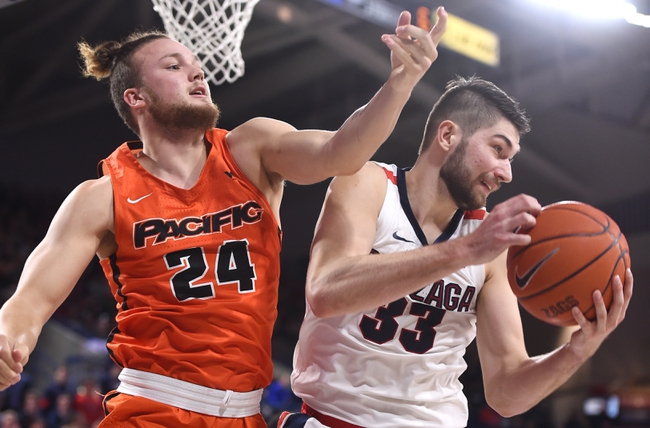 The Pacific Tigers (23-9, 11-5 WCC) and the San Francisco Dons (21-11, 10-7 WCC) meet in Las Vegas, NV for a West Coast Conference Tournament Quarterfinal at Orleans Arena. Pacific and San Francisco split their two meetings this season, with each school winning on the other’s home floor.

Pacific has won 8 of their last 9 games, and the Tigers defeated San Diego 71-64 as a 4-point road favorite in their last game. Pacific is ranked 110th by KenPom, with the 151st ranked offense and 95th ranked defense in the nation. Pacific is led by Senior guard Jahlil Tripp, who averages 15.8 points, 8.8 rebounds and 2 assists per game.

San Francisco has won 5 of their last 6 games, and the Dons defeated Loyola-Marymont 82-53 as a 7-point favorite in their last game in the 1st round of the WCC Tournament. San Francisco is ranked 95th by KenPom, with the 92nd ranked offense and 100th ranked defense in the country. San Francisco is led by Junior guard Charles Minlend, who averages 14.1 points, 4.8 rebounds and 1.8 assists per game, and Senior center Jimbo Lull, who averages 11.7 points and 7.7 rebounds per game.

This is a really tough game to predict, especially with no home-court advantage for either side, but that’s why they pay me the big bucks, right? Besides, both of these teams lost at home when they played each other this season. I’ll take San Francisco to win because I just think they’ve been the better team overall this year.