The Georgia Bulldogs (15-15, CONF 5-12) and LSU Tigers (20-10, CONF 11-6) face off in an SEC showdown at the Pete Maravich Assembly Center. LSU has won the last two games over Georgia, but this is the first meeting between the two squads.

Georgia is trying to build up their program and ending their regular season with a win would be a big key. Over the last five games, Georgia has three wins,  but in their last game it was an ugly loss.

The Bulldogs have been a good offensive team, but against the Gators they could only manage 54 points.

Georgia is led by star Anthony Edwards who is averaging 19.8 points while shooting 41.5 percent from the field .Against Florida, Edwards could only manage 14 points and they need him to be better in this one.

LSU got out to a fast start to the season but the last month the place has not been as strong. Over the last nine games, LSU has only three wins. And in their last game they lost to Arkasnas 99-90.

The TIgers like to play a fast paced game but a lot of time the defense has been a real big issue. Overall this season LSU is averaging 80 points per game while their defense is giving up 73.6 points per game.

LSU is led by Skyer Mays who is averaging 16.6 points while shooting 48.6 percent from the field. Mays is the star, but they have four other players averaging over 11 points per game.

This is a series that has been dominated by the road team and it’s going to happen again in this one. Georgia’s offense is going to attack the weak defense of LSU and that will keep them in this game. Back Georgia to cover the spread. 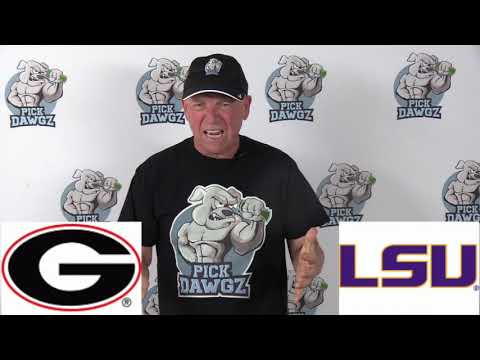