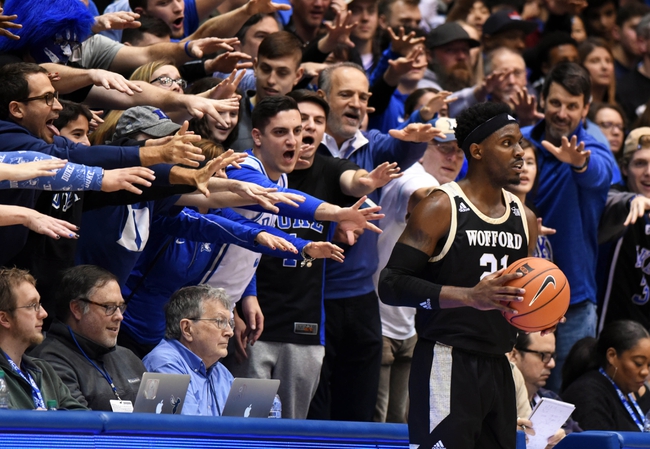 The Wofford Terriers (17-15, CONF 9-10) and Furman Paladins (25-6, CONF 15-3) face off in a Southern Conference Tournament game at the Harrah's Cherokee Center. The home team won the two matchups between Wofford and Furman this season but Wofford was able to cover both of the spreads.

Wofford was having some major issues this season the last few weeks, but they did win on Friday against The Citadel.

The offense did exactly what it needed to putting up 93 points and that was enough for Wofford to come away with a win. Wofford had five players scoring at least ten points, and the offense is going to need to be good again.

Wofford was paced by Nathan Hoover who put up 17 points. On the season Wofford is averaging 70.6 points per game while shooting 68.7 points per game.

Furman comes into this game having won nine of the last ten games but over the last five games they have only covered two spreads.

Fruman has been a strong offensive team averaging 75.9 points per game, while shooting 46.7 percent from the field.

Furman is led by guard Jordan Lyons who is averaging 16.4 points while shooting 43.8 percent from the field.

Wofford is 7-1 against the spread in their last eight games played on the neutral site. The under is 15-6 in Wofford’s last 21 games as an underdog.

Wofford has had their struggles but they are a veteran team and they are going to find some success in this game. Look for their offense to keep this one close, and don’t be surprised when they win this game outright. This is a really strong play.