Kentucky is having a nice season but they need to group after their last loss against the Tennessee Volunteers. Kentucky was put 41-32 at halftime against the VOlunteers and it looked like they would cruise to an easy win. In the second half, Kentucky’s defense let them down big time giving up 50 points and now there has to be some questions about their confidence.

Away from home this season Kentucky has a 7-2 record but their defense hasn’t been as strong giving up 69.9 points per game. Over the last five games, Kentucky is giving up 68.4 points and their defense is going to be a key.

Kentucky is led by guard Immanuel Quickley who is averaging 16.2 points while shooting 41 percent from the field.

Florida is a tournament team, but they haven’t been as dominant as years past. Florida is 2-2 over their last four games, and in each of the two losses they have failed to cover the spread.

In Florida’s last game against Georgia it was the defense that was the difference giving up only 54 points which is ultra impressive considering how good the BUlldogs offense had been coming into that game.

At home this season Florida is averaging 75.8 points per game while giving up 66.3 points per game. In Florida’s last game against LSU, Florida put up 81 points and that led to an easy victory.

Florida is led by forward Keyontae Johnson who is averaging 14.1 points while shooting 54.2 percent from the field.

Florida knows they need to try and keep the pace down in this game to have success and look for that to happen again in this game. Both of these teams are going to have problems getting to 60 which will keep the total under. 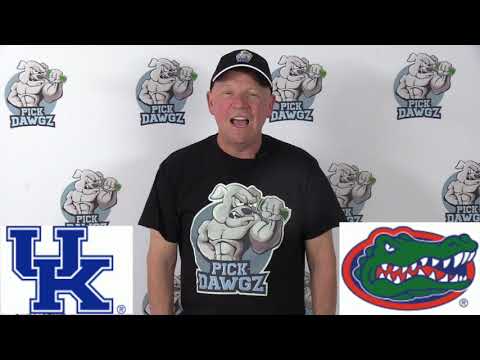