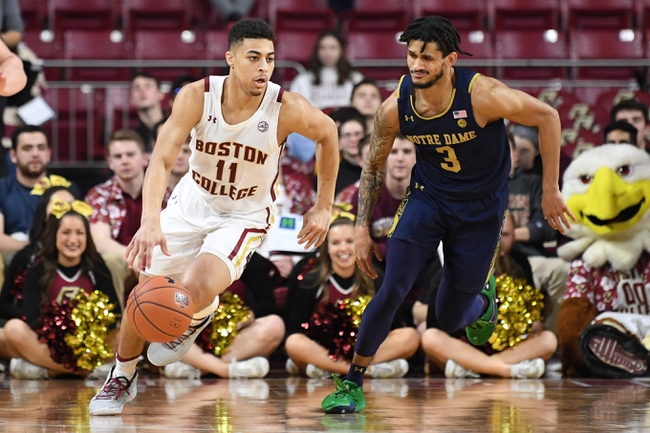 The Boston College Eagles will travel to the Donald L. Tucker Center to take on the 7th ranked Florida State Seminoles this Saturday afternoon in College Basketball action.

The Boston College Eagles lost their 4th straight game and dropped to 13-17 (7-12 ACC) on the season after being defeated by the Syracuse Orange, 84-71, this past Tuesday night. Boston College trailed by a 35-27 margin at halftime and couldn’t fight back after a 9-1 Orange run gave Syracuse a 60-42 lead with just 9:11 left in regulation. Boston College allowed Syracuse to shoot 46.7% from the field and committed 18 turnovers in the loss. Leading the way for the Eagles was Derryck Thornton who had 18 points, 2 rebounds, 4 assists, and a steal.

Defensively, Boston College is allowing their opponents to average 70.0 ppg on 44.4% shooting from the field. The Eagles have a rebound margin of -4.8 and a turnover margin of 1.4.

The 7th ranked Florida State Seminoles improved to 25-5 (15-4 ACC) on the season after defeating the Notre Dame Fighting Irish, 73-71, this past Wednesday. Florida State trailed by a 63-53 margin with 7:04 left in regulation, however, fought back late and was able to pick up the big road victory after a Trent Forrest putback with just 3.8 seconds left gave the Seminoles the lead for good. Florida State shot 43.5% from the field and committed just 10 turnovers in the victory. Leading the way for the Seminoles was Trent Forrest who had 15 points, 7 rebounds, 3 assists, and a steal.

Defensively, Florida State is holding their opponents to an average of 65.8 ppg on 40.9% shooting from the field. The Seminoles have a rebound margin of 2.4 and a turnover margin of 3.2.

Boston College has struggled offensively this season as the Eagles rank just 317th in scoring offense and 321st in FG%, however, their defense has been able to create turnovers and currently rank 42nd in steals per game.

Florida State has been solid on both ends of the court and currently rank 73rd in scoring offense, 75th in scoring defense, and 65th in defensive FG%.

Florida State is a perfect 15-0 at home this season and should have success defensively against a struggling Boston College offense, however, this is a bunch of points to cover for a team that has a losing ATS record at home. Boston College has picked up some nice road wins this season at North Carolina & Virginia Tech and although I don’t see the Eagles keeping this close, I think Boston College will be able to do enough to cover with the large amount of points. Good Luck! 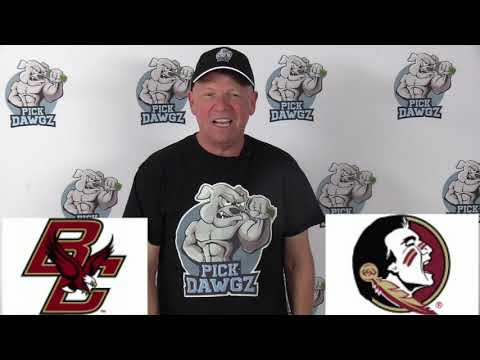