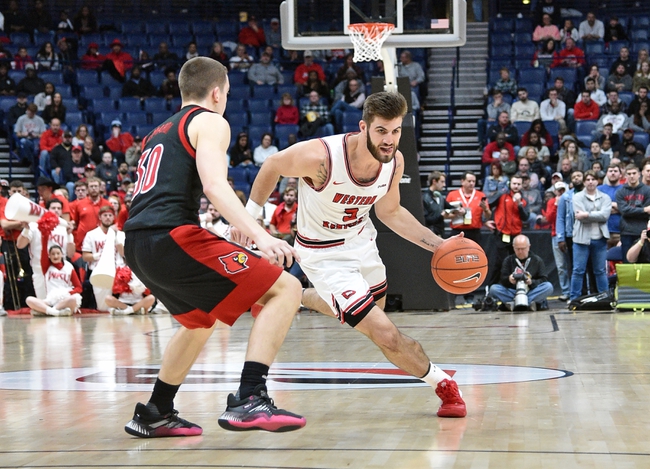 The Western Kentucky Hilltoppers (19-10, 12-5 CUSA) travel to Miami, FL to take on the FIU Panthers (18-12, 9-8 CUSA) in a Conference USA showdown at FIU Ocean Bank Arena. The last time these teams played on February 1, FIU defeated Western Kentucky 81-76 as a 3-point home underdog.

FIU has lost 4 of its last 5 games, and the Panthers lost their last game to Louisana Tech 73-76 as a 9 ½-point road underdog. FIU is ranked 150th by KenPom, with the 173rd ranked offense and 155th ranked defense in the nation. FIU is led by Senior forward Devon Andrews, who averages 15.5 points, 4.7 rebounds and 1.9 assists per game, and Senior forward Osasumwen Osaghae, who averages 12.9 points and 8.2 rebounds per game.

Western Kentucky has been a tough team to figure out this year, because sometimes they look like a team that could make a Sweet 16 and sometimes they look like a team that shouldn’t get an NIT invite. I think the truth lies somewhere in the middle, although the Hilltoppers tend to play one side of the extreme or the other. Here’s hoping they decide to play like a good team, because I’m taking the Hilltoppers.