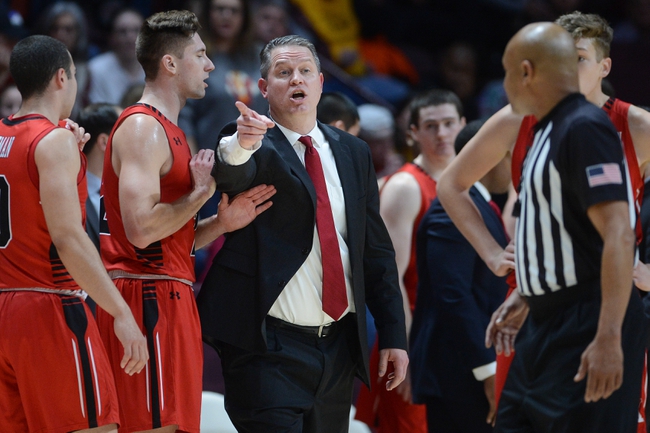 The VMI Keydets (9-23, CONF 4-15) and East Tennessee State Buccaneers (27-4, CONF 16-2) face off in the Southern Conference Tournament at the U.S. Cellular Center. East Tennessee State won both games against VMI this year, but the Keydets were able to cover the spread in each of the games.

It has been a down season for VMI, but they did find a lot of success on Friday in the Southern Conference Tournament game. In the Keydets game they put up 96 points and even though the defense, the offense still made up for it.

Over the last five games, VMI is averaging 76 points per game while the defense is giving up 75 points.

VMI is led by Travis Evee who is averaging 12.7 points while shooting 44.4 percent from the field. Against Samford, VMI was led by center Jake Stephens who put up 24 points and eight rebounds.

East Tennessee State has had a lot of success this season, and coming into this game they have won nine games in a row. During the nine game stretch, the Buccaneers have also covered six of the spreads.

East Tennessee state is led by Tray Boyd III and Bo Hodges who are both averaging over 13 points per game.

VMI is 7-3 against the spread in their last ten games overall. The over is 25-10 in VMI’s last 35 games in conference play. The under is 6-2 in East Tennessee State’s last eight games played on neutral site games. The over is 9-4 in ETSU’s last 13 games overall.

There is no doubt ETSU is the better team, but VMI have had success covering the spreads against them and it will happen again in this game. Look for VMI to find enough defense to keep it close and cover the spread.