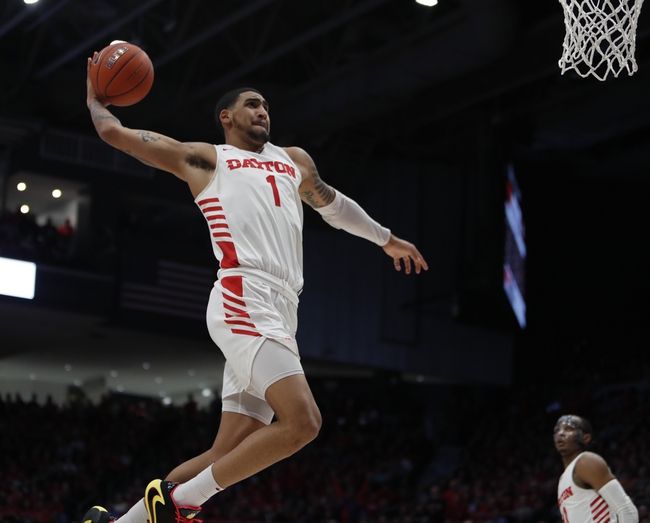 Where to Watch: Spectrum News 1; ESPN+ Stream College Basketball all season on ESPN+. Sign up now!

The George Washington Colonials will travel to University of Dayton Arena to take on the 3rd ranked Dayton Flyers this Saturday night in College Basketball action.

The George Washington Colonials lost their 4th straight game and dropped to 12-18 (6-11 A-10) on the season after being defeated by the Fordham Rams, 63-52, this past Wednesday. George Washington had no answers on the offensive end agianst the Rams and allowed Fordham to pull away late for the victory after the Rams closed out the final 5:54 of regulation on a 20-4 run. George Washington shot just 36.0% from the field and 21.7% from beyond the arc in the loss. Leading the way for the Colonials was Armel Potter who had 16 points, 5 rebounds, and 5 assists.

Defensively, George Washington is allowing their opponents to average 69.8 ppg on 44.7% shooting from the field. The Colonials have a rebound margin of -2.3 and a turnover margin of -2.3.

The 3rd ranked Dayton Flyers won their 19th straight game and improved to 28-2 (17-0 A-10) on the season after defeating the Rhode Island Rams, 84-57, this past Wednesday. Dayton dominated Rhode Island on both ends of the court throughout the game and had no trouble securing the victory after taking a 46-30 lead at halftime. Dayton shot 46.8% from the field while holding Rhode Island to just 28.8% shooting from the field and 27.3% shooting from beyond the arc. Leading the way for the Flyers was Trey Landers who had a double-double with 14 points, 14 rebounds, 1 assist, and a block.

Defensively, Dayton is holding their opponents to an average of 65.0 ppg on 41.1% shooting from the field. The Flyers have a rebound margin of 3.4 and a turnover margin of 0.4.

George Washington comes into this game ranked T-304th in scoring offense, 246th in FG%, and 267th in defensive FG%.

Dayton has been outstanding on both ends of the court this season and currently rank 14th in scoring offense, 1st in FG%, and 57th in scoring defense.

This is a bunch of points to cover for Dayton, but it’s hard to go with the Flyers after their impressive 27-point victory on the road against an above average Rhode Island team. Dayton is a perfect 16-0 at home this season between he fact that they’ve dominated this series as of late and that the Flyers will have plenty of motivation for a convincing victory as there are battling for a 1-seed in the NCAA Tournament, I’m going to take Dayton to cover this monster spread. Good Luck! 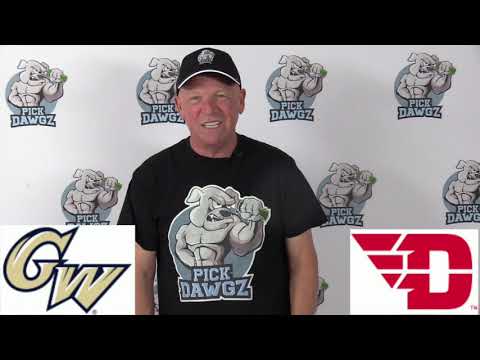