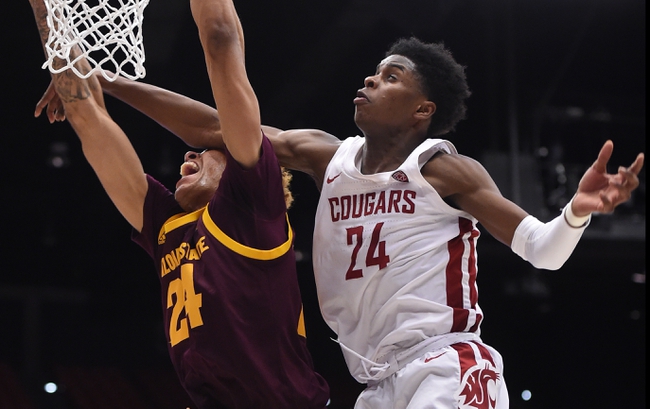 The Washington State Cougars will travel to Desert Financial Arena to take on the Arizona State Sun Devils this Saturday night in College Basketball action.

The Washington State Cougars dropped to 15-15 (6-11 Pac-12) on the season after being defeated by the Arizona Wildcats, 83-62, this past Thursday. Washington State went into halftime with a 31-29 lead, however, struggled defensively in the 2nd half and couldn’t fight back after a 24-0 Wildcats run gave Arizona a 58-38 lead with 11:43 left in regulation. Washington State shot just 32.1% from the field while allowing Arizona to shoot 47.1% from the field and 50.0% from beyond the arc. Leading the way for the Cougars was Isaac Bonton who had 21 points, 5 rebounds, 1 assist, and 2 steals.

Defensively, Washington State is allowing their opponents to average 69.3 ppg on 45.4% shooting from the field. The Cougars have a rebound margin of -1.1 and a turnover margin of 3.1.

The Arizona State Sun Devils lost their 3rd straight game and dropped to 19-11 (10-7 Pac-12) on the season after being defeated by the Washington Huskies, 90-83, this past Thursday night. Arizona State led by double-digits early in the 2nd half, however, struggled defensively down the stretch and couldn’t fight back after the Huskies took an 83-74 lead with 1:50 left in regulation. Arizona State allowed Washington to shoot 50.8% from the field and 42.3% from beyond the arc in the loss. Leading the way for the Sun Devils was Rob Edwards who had 23 points, 6 rebounds, and 3 steals.

Defensively, Arizona State is allowing their opponents to average 70.3 ppg on 43.1% shooting from the field. The Sun Devils have a rebound margin of -2.2 and a turnover margin of 3.2.

Washington State comes into this game ranked T-230th in scoring offense, 338th in FG%, and T-171st in scoring defense.

Arizona State comes into this match-up ranked 108th in scoring offense, 205th in scoring defense, and 188th in defensive FG%.

Arizona State is the better team, however, the Sun Devils have struggled as of late, especially on the defensive end as over their last three games, Arizona State is allowing their opponents to average 78.6 ppg. Washington State has struggled on the road this season, posting just a 2-8 record, however, between the fact that I think the Cougars offense will have some success and they’ve been successful recently ATS vs. the Sun Devils, I think the play here is to take Washington State and the points. Good Luck! 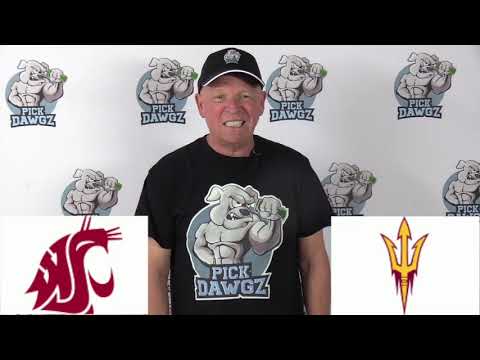