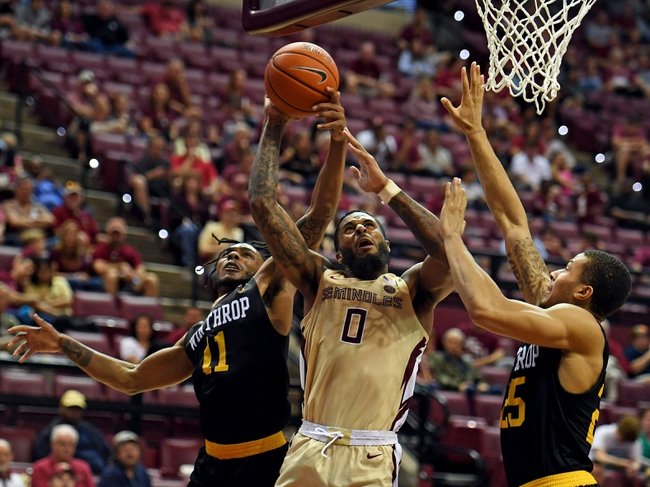 The Winthrop Eagles (22-10, 16-3 Big South) will meet the Gardner-Webb Runnin’ Bulldogs (16-15, 12-7 Big South) in Radford, VA for a Big South Conference Tournament Semifinal match-up at the Dedmon Center. Gardner-Webb and Winthrop split their two games this season, with each school winning on their own home floor by 4 points.

Gardner-Webb has won 8 of their last 9 games, and in their last game the Runnin’ Bulldogs defeated UNC Asheville 72-62 in the Big South quarterfinals as a 5-point favorite. Gardner-Webb is ranked 214th by KenPom, with the 182nd ranked offense 265th ranked defense in the nation. Gardner Webb has 4 players who average double-digit scoring, and they are led by Sophomore guard Jose Perez, who averages 15.2 points, 6.5 rebounds and 4.2 assists, and Senior forward Eric Jamison, who averages 14.5 points and 6.1 rebounds per game.

Gardner-Webb is the defending tournament champion of the Big South, and these teams have played each other very tight in recent match-ups. Winthrop has been awful against the spread lately, but I still expect the Eagles to find a way to win the game. I will just stick with the trends and take the over in a game I expect to be fought very hard throughout, but I like Gardner-Webb to cover the spread as a small underdog in this spot too.