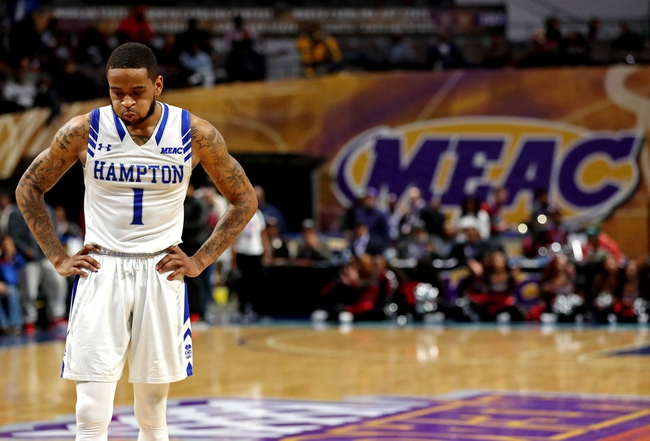 The Hampton Pirates (14-18, 9-10 Big South) travel to Radford, VA to take on the Radford Highlanders (21-10, 16-3 Big South) in a Big South Tournament Semifinal showdown at the Dedmon Center. Radford beat Hampton in both their match-ups this season but failed to cover in both games.

Hampton had lost 3 consecutive games to end the regular season, but in their last game, the Pirates defeated Longwood 78-53 as a 1-point underdog in the Big South Tournament Quarterfinals. Hampton is ranked 323rd by KenPom, with the 158th ranked offense and 349th ranked defense in the country. Hampton is led by Sophomore forward Benjamin Stanley, who averages 22.1 points and 7.3 rebounds per game, and Senior guard Jermaine Marrow, who averages 24.6 points, 3.3 rebounds and 6.4 assists per game.

Radford is 9-1 straight up and 6-4 against the spread in their last 10 games. Radford is 7-2 straight up 3-6 against the spread in conference home games. At home, Radford has scored 73.6 points per game and surrendered 62.6 points per game to opponents, and the Highlanders have shot 48.1% from the field, 35.8% from 3 and 62.4% from the free-throw line in those games.

Radford is 4-4 straight up and 2-6 against the spread in their last 8 games against Hampton, 6 of which went over the betting total. The over is 6-4 in the last 10 games for Hampton and 7-3 in the last 10 for Radford.

Radford has been rolling lately, losing only one game since January 25, and they get to host this tournament semifinal game at home because they’re the #1 seed in the MVC. I’ll lay the points with the Highlanders at home in this match-up because at the end of the day, there can only be one.