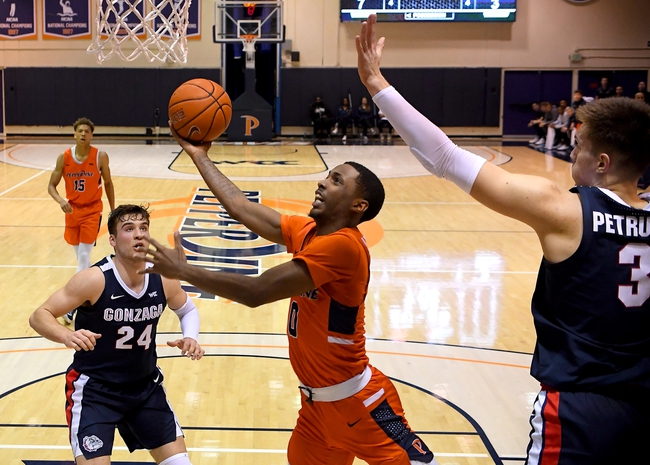 Where to watch: WCC Network Stream College Basketball all season on ESPN+. Sign up now!

Santa Clara has played well this season and they looked good on Thursday having no issues with Portland. Santa Clara put up 42 points in the first half, and locked down Portland allowing only 23 points and that left no doubt that they would win.

Santa Clara is a team that likes to get out and run, and they also don’t play a whole lot of defense. On the season Santa Clara is averaging 75.8 points per game while the defense is giving up 71.6 points and letting opponents shoot 42.5 percent from the field.

Santa Clara’s defense struggled against Pepperdine giving up 91 points and if they want any chance in this game the defense is going to need to find a way to step up.

The Pepperdine Waves got a first round bye in the WCC tournament, but coming into the tournament they weren’t playing great basketball.

Against BUY in the last game the defense struggled giving up 81 points and that wasn’t enough to get the job done.

The Waves are led by Colbey Ross who is averaging 19.8 points while shooting 40.4 percent from the field. Ross has been strong this year, but in the last game he only scored eight points and they need him to be better in this game.

Pepperdine won both of the games against Santa Clara this season and they covered the spread. Look for Pepperdine to run up the score and that will be enough for a win and cover of the spread.

Get Premium Picks Start Winning Now »
The pick in this article is the opinion of the writer, not a PickDawgz site consensus.
Previous Pick
Austin Peay vs. Murray State - 3/6/20 College Basketball Pick, Odds, and Prediction
Next Pick
Utah State vs. Wyoming - 3/6/20 College Basketball Pick, Odds, and Prediction