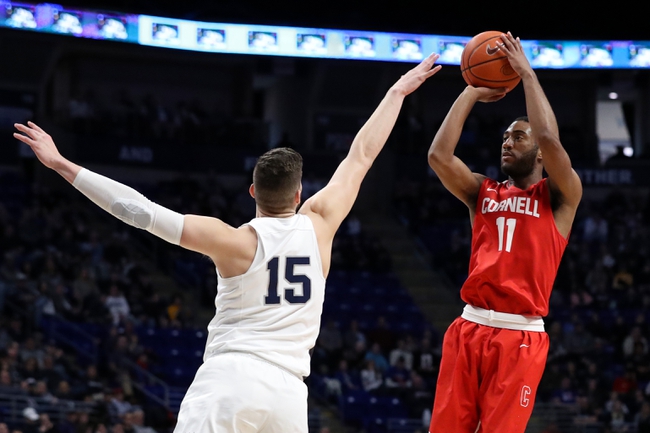 Pennsylvania had lost 3 consecutive games before defeating Brown 73-68 as a 2-½-point road favorite. Pennsylvania is ranked 141st by KenPom, with the 171st ranked offense and 148th ranked defense in the nation. Pennsylvania is led by Senior forward AJ Brodeur, who averages 17 points, 8.8 rebounds and 4.9 assists per game, and three other players who average double-digit scoring.

It’s hard to imagine Cornell being able to get a win in this game, and I don’t think they’ll be all that competitive with Pennsylvania here. I’ll lay the points with the Quakers.