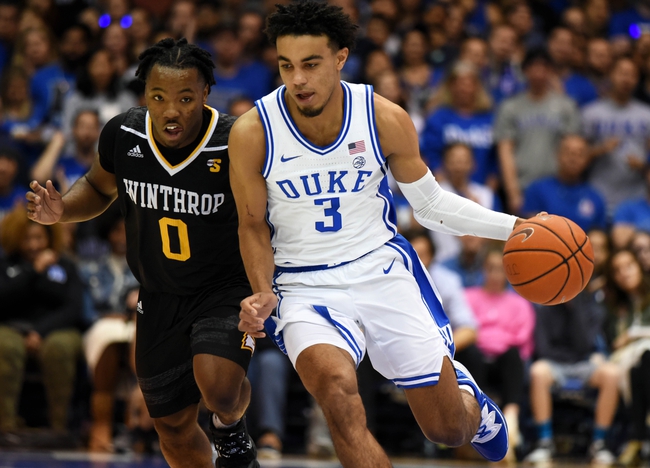 The South Carolina Upstate Spartans (13-19, 8-11 BS) will face off with the Winthrop Eagles (21-10, 15-3 BS) in a Big South Tournament Quarterfinal game in Radford, VA at the Dedmon Center. Winthrop won both the meetings between these schools this season, winning the last match-up 90-82 as 9-point road favorites.

South Carolina Upstate has won two in a row after losing 4 consecutive games towards the end of the year, winning their last game in the 1st round of the Big South Tournament over High Point 69-59 as a 4 ½-point favorite. South Carolina Upstate is ranked 323rd by KenPom, with the 303rd ranked offense and 315th ranked defense in the country. South Carolina Upstate is led by Sophomore guard Everette Hammond, who averages 14.6 points, 4.6 rebounds and 2.4 assists per game, and Freshman guard Tommy Bruner, who averages 13.8 points, 2.1 rebounds and 2.3 assists per game for the Spartans.

Winthrop is 7-3 straight up but just 2-8 against the spread in their last 10 games. Winthrop is 15-3 straight up and 7-11 against the spread in conference games this year. Winthrop averages 80.8 points per game and surrenders 71.8 points per game to opponents, and WInthrop has shot 45.9% from the field, 34.3% from 3 and 63.% from the free-throw line in those games.

Winthrop had won 14 consecutive games before losing 3 out of 4 towards the end of the year and then finishing the season with two consecutive wins. Winthrop beat High Point in their last game 84-76 as a 16 ½-point home favorite. Winthrop is ranked 144th by KenPom, with the 143rd ranked offense and 184th ranked defense in the country. Winthrop is led by Senior guard Hunter Hale, who averages 13.3 points, 3.3 rebounds and 1.7 assists per game, and Senior forward Josh Ferguson, who averages 11.3 points and 6.4 rebounds per game for the Eages.