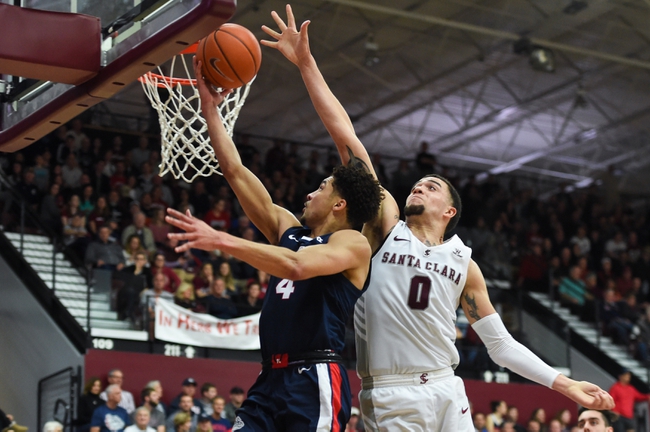 Portland is having another down season and they only have one win during conference play this season. Over the last ten games Portland has lost all of the games and only covered four of the spreads.

The defense could be worse for Portland, but the offense has been the biggest issue averaging only 65.6 points per game overall.Over the last five games Portland is averaging 61 points while the defense is giving up 72.2.

Portland is led by guard Isaiah White who is averaging 12.2 points while shooting 42.2 percent from the field. Each of the last six games he has played, White has put up at least 10 points, but he hasn’t played in the last three games, and he is questionable for this one.

Santa Clara has 19 wins on the season but coming into this game they have lost six of the last seven games. The one win during that stretch was in their last game against Portland by five points.

Over the last five games, Santa Clara is averaging 70 points per game while the defense is giving up 76.6 points.

There are a lot of injury concerns in this game, but Santa Clara is the better team, even if their top two scorers don’t play. Look for Portland's offense to struggle and that will be enough for Santa Clara to win and cover the spread.