The Illinois State Redbirds (10-20, CONF 5-13) and Drake Bulldogs (18-13, CONF 8-10) face off at the Missouri Valley Tournament at the Scottrade Center. Illinois State and Drake played twice this year with the home team winning each of the games.

Illinois State have had their fair share of struggles this season, but they come into this game playiing a little better having won two of the last three games. Illinois State hasn’t been a great offensive team, this year averaging only 65.8 points per game while the defense is giving up 70.3.

The last game against Drake, Illinois State’s offense wasn’t great but the defense only gave up 53 points and that led to a victory.

On offense Zach Copeland has really been the only bright spot for Illinois State averaging 14.6 points. In two of the last three games Copeland has scored less than 10 points and they need him to be better.

Drake has played well for most of the season but coming into this game they are struggling having lost three games in a row and seven of the last ten games.

As of late the biggest issue for Drake has been the offense and in each of the last three games they have failed to score over 60 points.

In Drake’s last game against Northern Iowa they lost 70-43 and there has to be some questions about their confidence heading into this game. Drake is led by forward Liam Robbins who is averaging 13.8 points and shooting 49.3 percent from the field.

Illinois State has been playing the better basketball as of late and they are going to make life tough on the Drake offense again. Look for Illinois State’s defense to lock down and that will be enough to cover the spread. 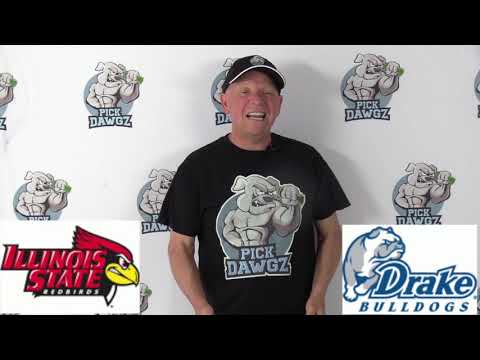