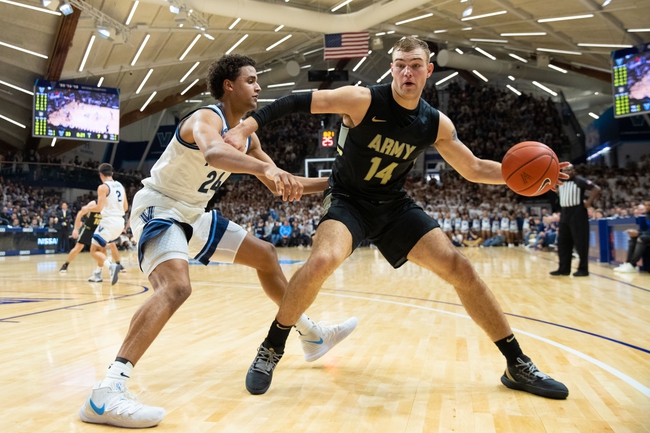 The Lafayette Leopards (18-11, CONF 10-8) and Army Black Knights (15-14, CONF 10-8) face off in a Patriot League tournament showdown at Christl Arena. Army has won the last four meetings over Lafayette including the two meetings this year. Army beat Lafayette 65-48 when the two teams early in February.

Lafayette has had a nice season but they come into this game having lost two of the last three games and they failed to cover the spread in each of those games. The one win for the Leopards was in their last game against Navy by only two points.

On the road this season Lafayette has a 9-6 record but when they have struggled it’s usually because the offense has let them down. The Leopards are averaging 67.5 points per game on the road, but overall over the last five they are averaging 64.4 points.

Lafayette is led by guard Justin Jaworski who is averaging 17.1 points while shooting 44.2 percent from the field.

Army had some struggles during the non-conference schedule but they have played better during conference play and coming into this game they have won two of the last three games.

At home this season Army has a 9-6 record and the offense has been the difference averaging 70.9 points per game on the home court.

Over the last five games, Army is averaging 74.9 points per game while the defense is giving up 74.8 points. Army is led by Tommy Funk who is averaging 17.4 points while shooting 44.7 percent from the field.

The under is 8-0 in Lafayette’s last eight games overall and against the Patriot League. Lafayette is 16-5-1 against the spread in their last 22 games played on road.

Army has already beaten Lafayette two games in a row and there is no reason they won’t be able to do it again in this game. Look for Army’s offense to be the difference, and Lafayette won’t have any chance to keep up. Army is going to win the game, cover the spread, and move onto the next round of the Patriot League tournament.