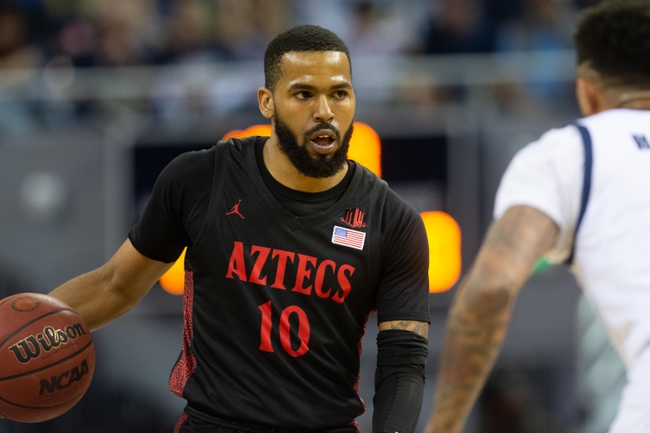 The Air Force Falcons (12-19, 5-13 CONF) and the San Diego State Aztecs (28-1, 17-1 CONF) will meet on Thursday, March 5th for a Mountain West Conference Tournament Quarterfinal game at the Thomas & Mack Center in Las Vegas, NV. The game will be played at 2:30 PM eastern time.

Air Force defeated Fresno State, 77-70 in the first round of the Mountain West Conference Tournament on Wednesday afternoon. Air Force pulled off the upset at the neutral site location in Las Vegas. San Diego State will be playing its first conference tournament game against Air Force in this one. San Diego State defeated Nevada on the road, 83-76 in their last regular-season game of the season.

The line has not been released yet, therefore I will give my final score prediction and update this article tomorrow morning. San Diego State is the powerhouse of this conference, and although they did lose to UNLV in the regular season, I still think they are on their way to a Mountain West Conference Championship. I do not see this game being a problem for San Diego State, and they win 80-64.

UPDATE: Now that the line has been released, I am actually quite impressed that my final score almost exactly matches what oddsmakers were thinking. Of course, neither side I love in this situation, but I will lean the under because of how talented San Diego State's defense is.