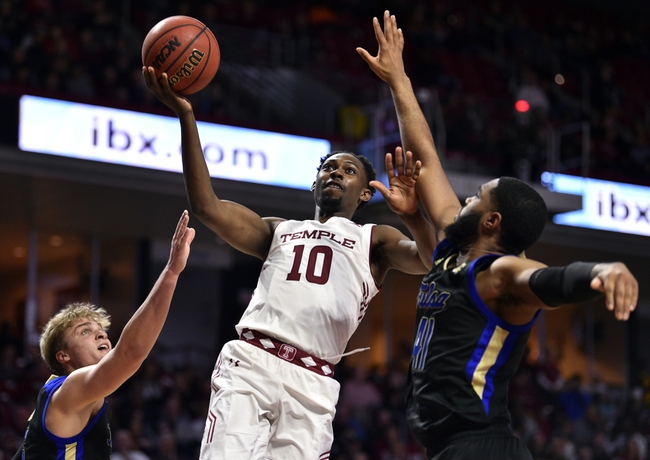 The Tulsa Golden Hurricane (20-9, 12-4 AMER) travels to Philadelphia, PA to face the Temple Owls (14-15, 6-10 AMER) in an American Conference match-up at the Liacouras Center. The last time these two teams played Tulsa pounded Temple 70-44 as a 2-point home underdog.

Temple is 4-6 straight up and 5-5 against the spread in their last 10 games. Temple has split their 8 home games this season and is 4-4 against the spread in those games as well. Temple averages 74.9 points per game and gives up 70.1 points per game to opponents in games played at Liacouras Center this season, and they shoot 44.9% from the field, 33.7% from 3 and 68.6% from the free-throw line in those games.