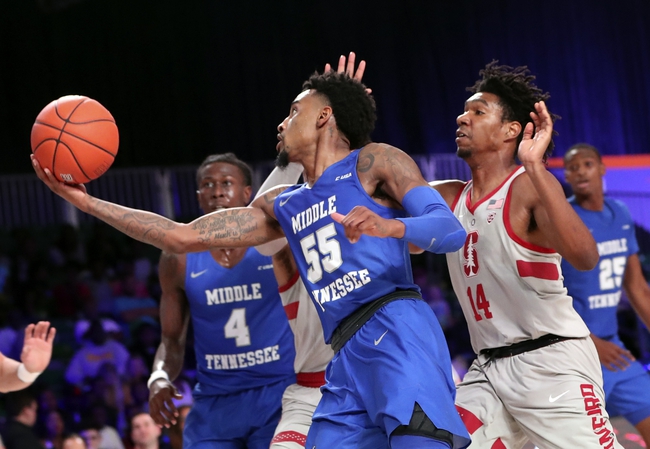 UTEP had lost 5 games in a row before winning its last two. In their last game, UTEP shut down Southern Mississippi 75-56 as 6 ½-point home favorites. UTEP is ranked 191st by KenPom, with the 275th ranked offense and 87th ranked defense in the country. UTEP is led by Senior forward Bryson Williams, who averages 18.2 points and 7 rebounds per game, and Junior guard Souley Boum, who averages 12.4 points, 3.2 rebounds and 1.9 assists per game for the Miners.

Middle Tennessee nearly beat UTEP in their last game in El Paso, and I think they can win this game at home outright. Give me the Blue Raiders.