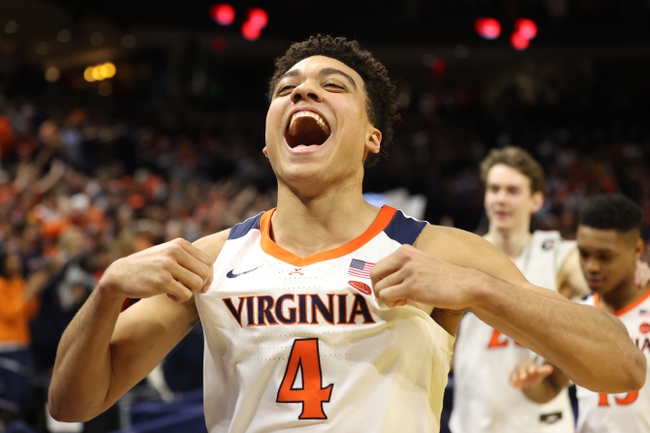 Virginia has won 6 in a row and 9 of their last 10 games, and they won their last game against Duke 52-50 as 3-point home underdogs. Virginia is ranked 45th by KenPom, with the 220th ranked offense and 2nd ranked defense in the country. Virginia is led by Senior forward Mamadi Diakite, who averages 13.6 points and 6.6 rebounds per game, and Sophomore guard Kihei Clark, who averages 10.7 points, 4.3 rebounds and 6 assists per game.

Miami had lost 7 of 8 before going on a 3-game winning streak, but that has since ended with two consecutive losses. Miami was defeated by Georgia Tech 57-63 as 5 ½-point road underdogs in their last contest. Miami is ranked 106th by KenPom, with the 65th ranked offense and 177th ranked defense in the nation. Miami scores by committee, with three guards who average double-digit scoring, but the Hurricanes are led by Junior guard Chris Lykes, who averages 15.2 points, 2.1 rebounds and 2.5 assists per game.

Virginia is 7-3 straight up and 6-4 against the spread in their last 10 games heads-up against Miami, and the under is 8-2 during that stretch. The over is 6-4 in the last 10 games for both Miami and Virginia.

Virginia has been rolling lately, and I expect them to keep the momentum going after their big home win against Duke (although beating Duke at home is looking less impressive by the day). There’s an old sports adage that says that defense travels, and that will prove true Wednesday night when Virginia heads to Miami. Give me the Cavaliers in another one of the plodding, low-scoring games that has become their trademark. 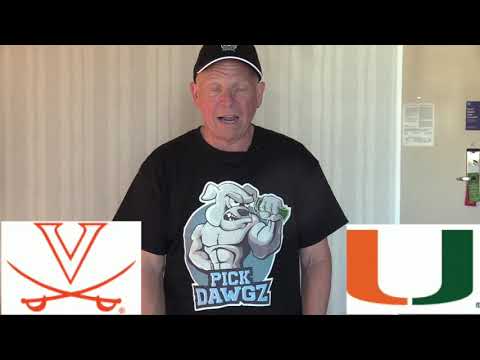