Where to Watch: FSN Stream College Basketball all season on ESPN+. Sign up now!

Georgetown has dealt with all kinds of injuries this season and it has led to them really struggling as of late. Georgetown has lost four games in a row and in three of those games they failed to cover the spread.

In the Hoyas last game against Xavier, the defense was strong and that led to them only losing by three points.

Georgetown's top two scorers, Omer Yurtseven and Mac McClung are both out indefinitely as they deal with different injuries. Over the last five games Georgetown is averaging only 67.8 points per game.

Creighton seemed to be getting hot at the right time but they come into this game off a shocking loss in their last game. Against St. John’s in the last game, their defense struggled giving up 91 points and that led to a Bluejays blowout loss.

At home this season Creighton is 15-1 and their biggest strength has been the offense averaging 82.5 points per game.

At times Creighton’s defense has been a big issue and overall they are giving up 70.4 points per game. If they want to win this game, they need Creighton needs the defense to step up and lock down.

Creighton is led by guards Ty-Shon Alexander and Marcus Zegarowski who are both averaging over 15 points per game. In Creighton’s last win it was Zegarowski who dropped 25 points and 25 minutes.

Creighton’s loss in their last game against St. John’s was the best thing to happen to their season. Creighton was flying high and that knocked them right down. Look for Creighton to be more focused in this game and they will have no issue running up the score. With all the injuries for Georgetown they don’t have enough offense to keep up, and that will lead to a win and cover by Creighton. 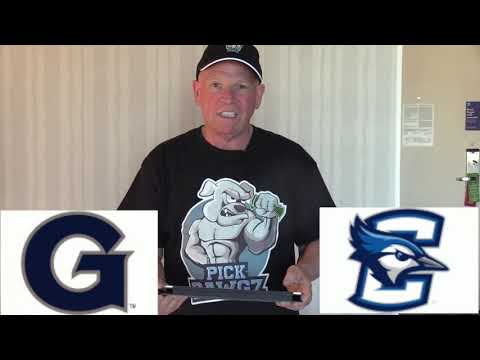