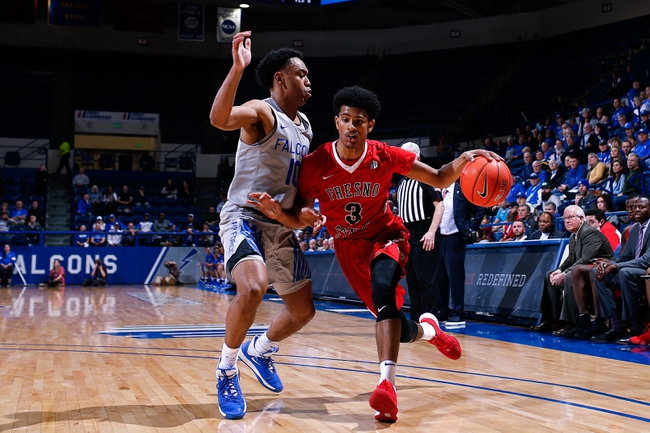 The Air Force Falcons (11-19, 5-13 CONF) and the Fresno State Bulldogs (11-18, 7-11 CONF) will meet on Wednesday, March 4th for the 1st Round of the Mountain West Conference Tournament. The game will be played at Thomas & Mack Center in Las Vegas, NV.

Air Force is 0-10 against the spread in their last 10, so there is no way I can take them in this spot as the road dog. Also, Fresno State beating Air Force at home by nine not too long ago is another great reason for me to take Fresno State and lay the four points at home.