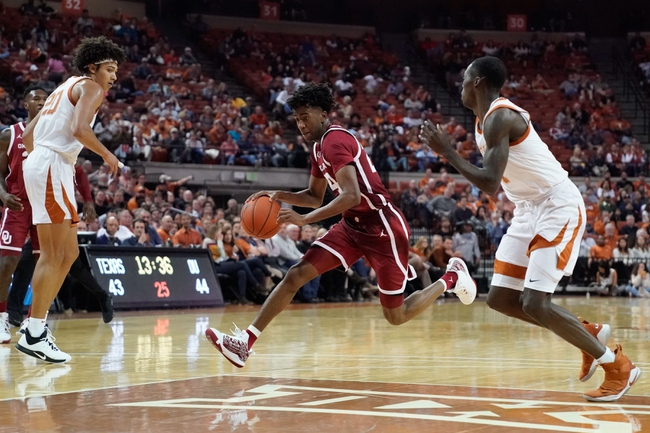 Texas is 6-4 straight up and 7-3 against the spread in their last 10 games. Texas has gone 4-4 in conference road games and has gone 5-3 against the spread in those games. Texas scores only 61.2 points per game and surrenders 66.2 points per game on the road this season, and they shoot 41% from the field, 33.3% from 3 and 70.8% from the free-throw line in those games. 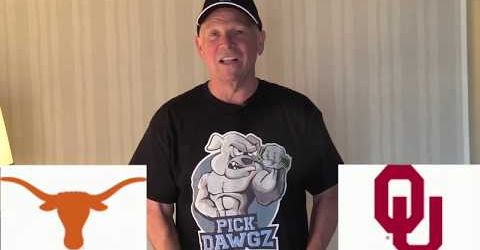 Texas is currently riding a 4-game win streak and has covered and won outright in three consecutive games as underdogs. In their last game, Texas beat Texas Tech 68-58 as 11-½ point road underdogs. Texas is ranked 54th by KenPom, with the 129th ranked offense and 26th ranked defense in the nation. Texas has a balanced scoring attack, with 5 players averaging between 9.4 and 12.3 points per game, and is led by Junior guard Matt Coleman, who averages 12.3 points, 3.1 rebounds and 3.5 assists per game.

Oklahoma is 5-5 straight up and 6-4 against the spread in their last 10 games. Oklahoma has been solid at home, posting a 6-2 record in conference home games and going 5-3 against the spread in those games. Oklahoma scores 73.1 points per game at home and gives up 63.2 points per game to opponents, and they shoot 44% from the field, 30.4% from 3 and 79.7% from the free-throw line in those games.

Oklahoma has sandwiched two 2-game winning streaks around a 3-game losing streak in their last 7 games. In their last game, Oklahoma upset West Virginia in Morgantown 73-62 as 8-point road underdogs. Oklahoma is ranked 34th by KenPom, with the 53rd ranked offense and 35th ranked defense in the country. Oklahoma is led by Senior forward Kristian Doolittle, who averages 15.7 points and 8.8 rebounds per game, and Junior forward Brady Manek, who averages 14.9 points and 6.3 rebounds per game.

Oklahoma and Texas have split their last 10 matchups, with Texas going 6-4 against the spread in those games and the under going 6-4 in that stretch. The under is 5-5 in Texas’ last 5 games and 6-4 in the last 10 for Oklahoma.

Texas has looked good lately, but I was impressed with Oklahoma’s performance on the road against West Virginia. I’ll lay the points with the Sooners and cross my fingers, but I think this has a chance to be a very close game and will be right around the number.