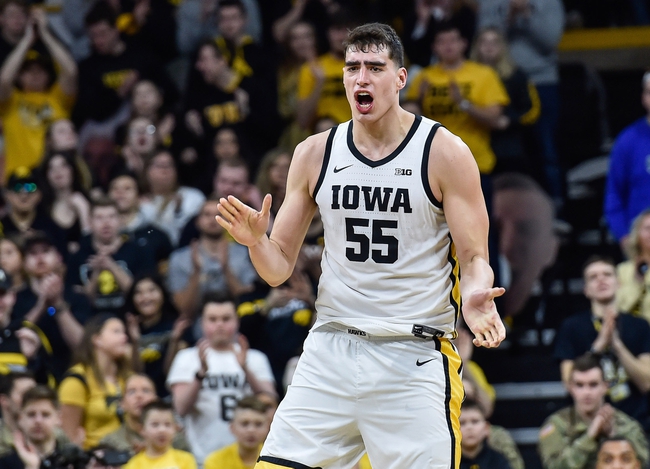 Purdue has gone 5-5 in their last 10 games and 4-5-1 against the spread in those games. Purdue is just 2-7 straight up in conference road games and has gone just 1-7-1 against the spread in those games. Purdue averages only 60 points per game on the road and surrenders 65.2 points per game to opponents, and Purdue shoots just 37.8% from the field, 28.1% from 3 and 66% from the free-throw line in games played away from home. 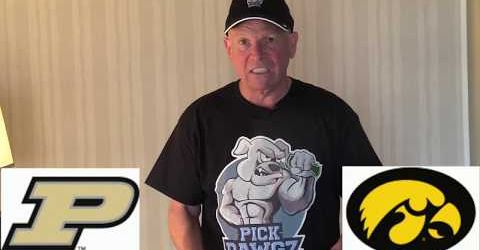 Purdue had lost 4 straight games before beating in-state rival Indiana 57-49 as 6 ½-point home favorites. Purdue is ranked 25th by KenPom, with the 52nd ranked offense and 15th ranked defense in the country. Purdue is led by a balanced attack with 5 players averaging between 8.7 and 11.7 points per game, and their leading scorer and rebounder is Sophomore forward Trevion Williams, who averages 11.7 points and 7.7 rebounds per game.

Iowa is 6-4 in its last 10 games and has gone 6-3-1 against the spread in that stretch. Iowa is undefeated in conference home games, going 9-0 straight up and 7-1-1 against the spread. Iowa puts up 81.4 points per game and surrenders 67.6 points per game to opponents in conference games at Carver-Hawkeye Arena, and Iowa shoots 47% from the field, 37.9% from 3 and 73% from the free-throw line in those games.

Iowa has won 3 of their last 4 games, with their only loss on the road in East Lansing at Michigan State, and they won their last game 77-68 as 4 ½-point home favorites over Penn State. Iowa is ranked 21st by KenPom, with the 6th ranked offense and 86th ranked defense in the nation. Iowa is led by Wooden Award finalist Junior forward Luka Garza, who averages 23.7 points and 9.8 rebounds per game.

I’ve gotta stick with the trends here and take the home chalk in any Big Ten game, so I’ll lay the points with Iowa at home.