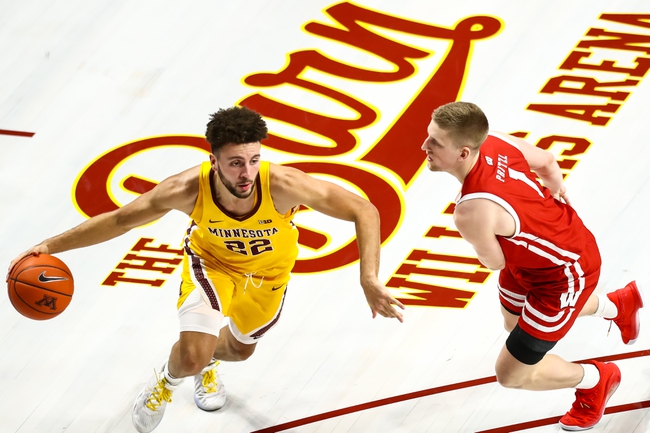 About a month ago it looked like Minnesota could be a tournament team, but they have fallen off big time losing four of the last five games. The only win during that stretch for Minnesota was against Northwestern, and that isn't anything to get too excited about.

Minnesota is led by center Daniel Oturu who is averaging 20 points while shooting 57.8 percent from the field. If the Gophers want to win this game, Oturu needs to have a big game.

Wisconsin is having a lot of success and coming into this game they have won five games in a row and covered four of the spreads. In Wisconsin’s last game it was all about the offense putting up 81 points against Michigan, and it really looks like they could be a problem in the NCAA tournament.

At home this season Wisconsin has a 13-1 record and their offense has been the difference putting up 61.4 points.

Wisconsin is led by forward Nate Reuvers who is averaging 13.3 points while shooting 45 percent from the field. In Wisconsin’s last game Reuvers only had three points, but they still had no issue coming away with a victory.

Minnesota is having a lot of issues winning games, and in a rivalry game they are going to have a lot of issues scoring. Look for Wisconsin led by Reuvers to have a big game and that will be the difference. Back the Badgers to win this game and cover the spread. With the lack of Minnesota scoring it's also a lean to the under.