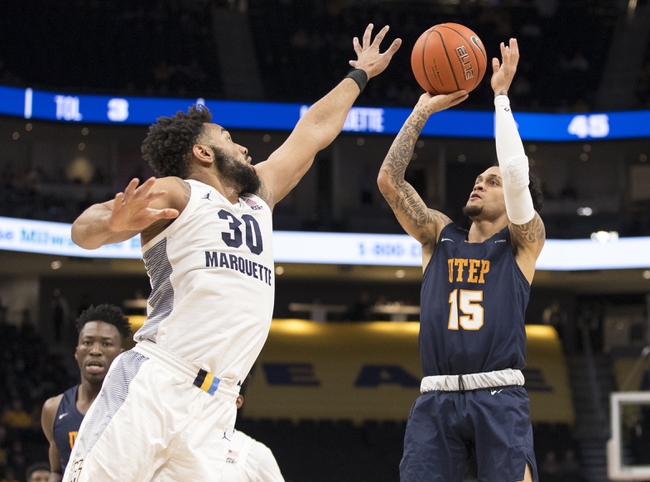 In their last 10 games, UTSA is 4-6 both straight up and against the spread. UTSA is 9-4 at home this season and has gone 7-6 against the number in those games. UTSA’s high-powered offense averages 82.8 points per game at home and surrenders 72.9 points per game to opponents.

UTSA has lost 3 of their last 4 games and is 1-3 against the spread in those games. They lost their last contest 71-80 against Florida Atlantic as 4-point road underdogs. UTSA is ranked 201st by KenPom, with the 99th ranked offense and 301st ranked defense in the nation. UTSA is led by electric Junior guard Jhivvan Jackson, who leads Conference USA with 27.3 points per game, and throws in 5.8 rebounds per game and 2.4 assists per game as well. UTSA also has another exciting guard on their roster, Junior Keaton Wallace, who averages 18.7 points per game, 4.6 rebounds per game and 3 assists per game.

UTSA can score with anybody in the country with their guards, but is one of the worst defensive teams in the country. Give me the over in a game I expect to sail over the total.

Get Premium Picks Start Winning Now »
The pick in this article is the opinion of the writer, not a PickDawgz site consensus.
Previous Pick
Illinois vs. Indiana - 3/1/20 College Basketball Pick, Odds, and Prediction
Next Pick
UTEP vs. Southern Mississippi - 3/1/20 College Basketball Pick, Odds, and Prediction