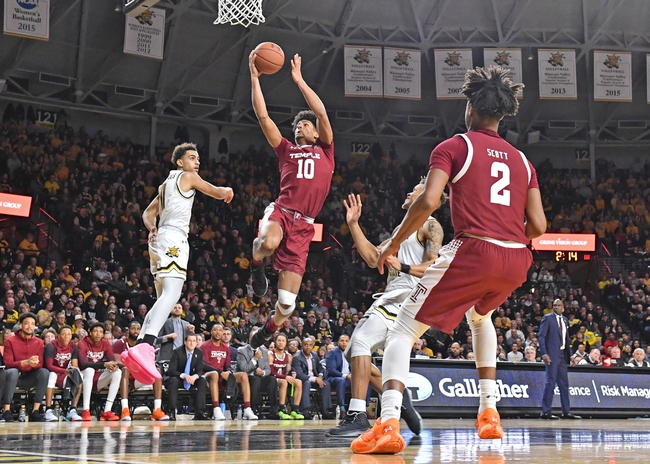 The South Florida Bulls (12-16, CONF 5-10) and Temple Owls (14-14, CONF 6-9) face off in an American Athletic Conference showdown at The Liacouras Center. Temple knocked off USF by a point in overtime a few weeks ago.

South Florida has been up and down this season and coming into this game they have lost four fo the last five games. The one win for the Bulls during that stretch was in their last game against East Carolina, but that took overtime. In the last game South Florida was seven point favorites, but they failed to cover the spread winning by only five points.

Away from home USF only has two wins and their biggest issue has been with the offense averaging only 61.6 points per game.

South Florida is led by guard David Collins who is averaging 13.9 points while shooting 42.2 percent from the field.

The Temple Owls got out to a fast start to the season but they quickly fell off and coming into this game they have lost three of the last four games. The one win during that stretch for Temple was in overtime against UConn.

At home this season Temple has an 8-5 record and the offense has been strong averaging 75.3 points per game. The Owls are shooting 45.8 percent from the field at home and Temple is going to need to be strong in this game.

The over is 6-2-1 in Temple’s last nine games overall. The over is 6-2 in the last eight meetings between Temple and South Florida.

Temple is the better team at home, but South Florida has done a good job of covering spreads the last month. Look for the Bulls to play enough defense to cover the spread.