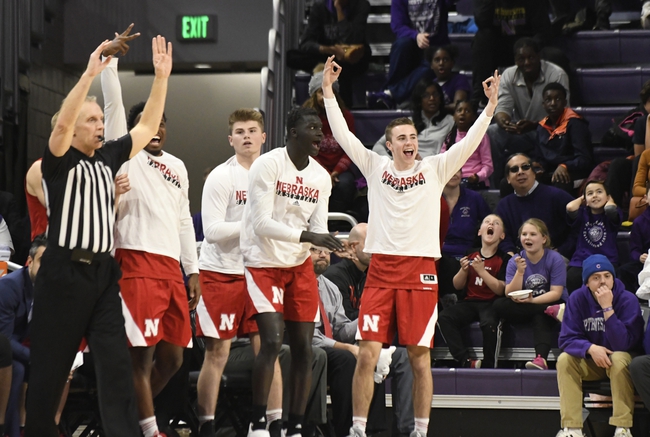 The Northwestern Wildcats (6-21, CONF 1-16) and Nebraska Cornhuskers (7-21, CONF 2-15) face off in a Big Ten showdown at Pinnacle Bank Arena. Northwestern beat Nebraska 62-57 earlier this season. If Nebraska loses this game they will be tied with Northwestern for last place in the Conference.

Northwestern has really struggled this season and coming into this game they have lost ten games straight. During that ten-game stretch they have only covered three of the spreads. Away from home this season Northwestern has a 1-9 record and the offense is averaging only 65.6 points per game.

Over the last five games Northwestern is giving up 77.8 points per game and if they want any chance in this game, the defense is going to need to be better. The Wildcats have three players averaging 10 points per game, with Miller Kopp leading the way averaging 13 points.

Nebraska is also really struggling and coming into this game they have lost ten games in a row. During that ten-game stretch Nebraska has covered only four spreads.

In Nebraska’s last game against Ohio State they scored only 54 points and the leading scorer was Dachon Burke Jr., who put up 13 points. If Nebraska wants a chance to win this game, ti's going to come down to the offense finding more success.

These are two teams who have really struggled coming into this game, but at least at home this season Nebraska has been somewhat competitive. Nebraska is averaging 70 points per game and their offense will be the difference. Back Nebraska to win the game and cover the spread.

Get Premium Picks Start Winning Now »
The pick in this article is the opinion of the writer, not a PickDawgz site consensus.
Previous Pick
UTEP vs. Southern Mississippi - 3/1/20 College Basketball Pick, Odds, and Prediction
Next Pick
Stanford vs. Colorado - 3/1/20 College Basketball Pick, Odds, and Prediction