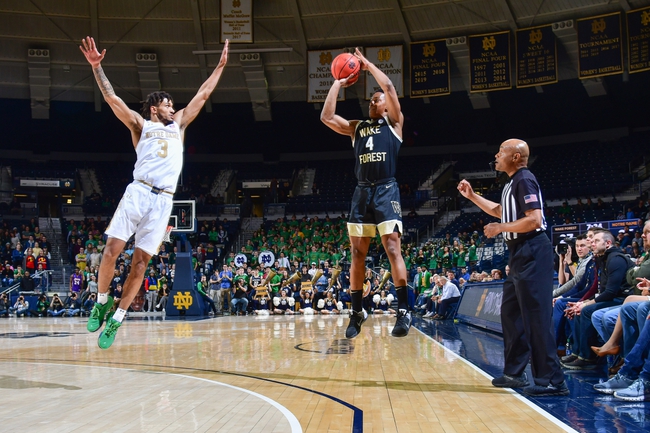 Notre Dame is ranked 58th by KenPom, with the 38th ranked offense and 111th ranked defense. They are led by Senior forward John Mooney, who averages 16.6 points per game and 12.6 rebounds per game with a 50.0 eFG%.

Wake Forest is coming off the best win of their season, coming from down 9 in the final 1:21 to force overtime and eventually beat a stunned Duke team. They’re 7-3 against the spread in their last 10 games, and it’s tough to ignore the momentum a team can build from a win like the one Wake Forest just had.

I think Notre Dame is the better team, and I feel that Wake Forest is due for a letdown after an emotional win over Duke on Tuesday night. Something tells me the Demon Deacons won’t care if they lose this game to Notre Dame, even if it is senior night and their final home game of the season.