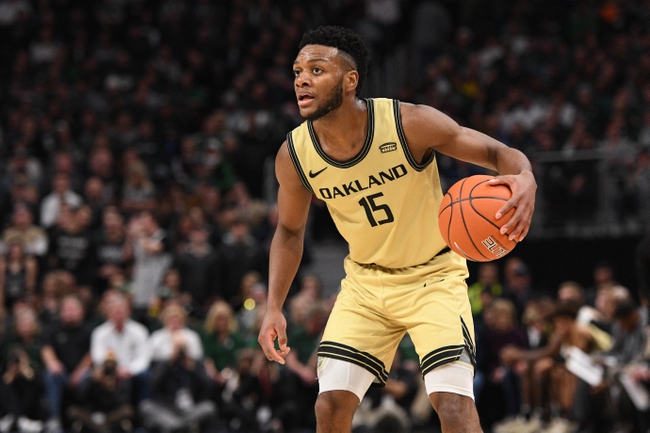 The Oakland Golden Grizzlies (12-18, 7-10 HL) go on the road to face the Illinois-Chicago Flames (14-15, 9-7 HL) in a Horizon League battle at Credit Union 1 Arena in Chicago. The last time these teams squared off, Illinois-Chicago annihilated Oakland 80-50 as a 4-point road underdog.

Illinois-Chicago is 7-3 straight up and 6-4 against the spread in their last 10 games and is outscoring opponents by 4.33 points per game in their 9 games since they last played Oakland. Oakland is currently 3rd in the Horizon League and has a realistic shot to make the NCAA Tournament if they can keep their momentum going and win their conference tournament with the Horizon being particularly weak this year.

The last time these two teams played it was a bloodbath. Oakland has seemed to use the loss as a springboard to turn around their season, and has played well since. In the last 10 meetings between Oakland and Illinois-Chicago, the home team is 5-5 against the spread. The under is 8-2 in Illinois-Chicago’s last 10 games, and the over is 6-3-1 in the last 10 games for Oakland.

I like Illinois-Chicago here to sweep the season series on Senior Night and go into the Horizon League Tournament with something to play for.

Get Premium Picks Start Winning Now »
The pick in this article is the opinion of the writer, not a PickDawgz site consensus.
Previous Pick
College of Charleston vs. Drexel - 2/29/20 College Basketball Pick, Odds, and Prediction
Next Pick
Appalachian State vs. Coastal Carolina - 2/29/20 College Basketball Pick, Odds, and Prediction