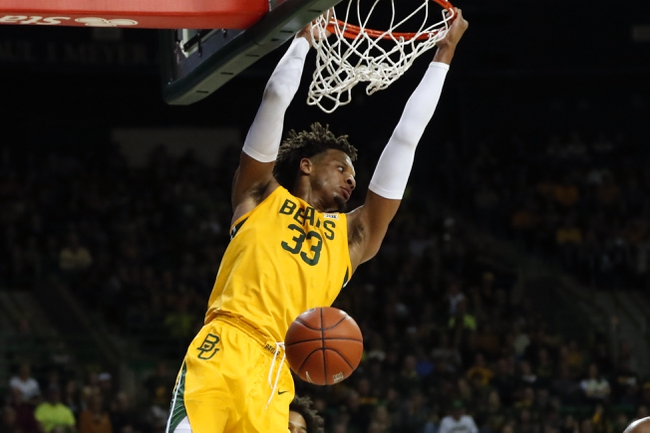 Baylor comes into this game hot having won nine of the last ten games with the only loss coming against the Kansas Jayhawks. Baylor is currently tied with Kansas for first place in the Big 12 so a loss could lose them a share of the title.

On the road this season Baylor has a perfect record and the biggest reason has been because of the defense that is giving up only 56.9 points per game. The offense isn’t as strong on the road for the Bears, but the defense doesn’t skip a beat.

Baylor is led by guard Jared Butler who is averaging 15.7 points, 3.2 assists and shooting 42.5 percent from the field.

It’s a down year for TCU and coming into this game they have lost eight of their last ten games. One of the wins for TCU during that stretch was over West Virginia, but overall it’s been a major struggle.

The biggest issue for the Horned Frogs has been with the offense and over the last five games they are averaging only 58.4 points while shooting 38.8 percent from the field. At home this season TCU is averaging 69.8 points per game and if they want to win this game, the offense is going to need to be better.

TCU is led by Desmond Bane who is averaging 15.9 points while shooting 44.3 percent from the floor and 41.7 percent from deep.

In TCU’s last game Iowa State, Bane put up 22 points and he and others are going to need to step up in this game.

TCU’s offense is really struggling, and they are going to have some big issues in this game. Look for Baylor to win this game and cover the spread with ease.