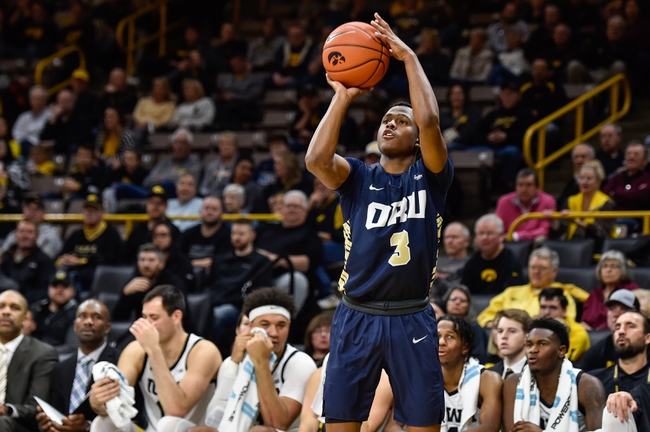 The Mastodons are coming off a win,  but for the most part they have had a down season and they have failed to cover the spread in each of the last three games. Away from home Fort Wayne has only three wins of the road and the biggest issue has been the defense giving up 75.9 points per game,

Fort Wayne is led by guard Jarred Godfrey who is averaging 15.6 points while shooting 44.6 percent from the field.

In Oral Roberts last game they dropped 113 points and had five guys score at least 12 points. Kevin Obanor was the leading scorer putting up 24 points and eight rebounds in 24 minutes.

Oral Roberts is best when they are pushing the pace and in this game if they can run up the score they should be in good shape to come away with a victory.

Fort Wayne’s offense is really struggling, and against a strong Oral Roberts offense that is going to be trouble. Look for Oral Robets to use a balanced attack to run up the score and that will lead to an easy victory.